There have been developments on important aspects of the mass, Europe-wide ‘rape, grope and rob’ events of New Years Eve that are short circuiting our production of materials as what is important has to come before what we are working on. So some things may seem a little out of order over the next few days as we push out newly revealed facts and reasoning that needs to be understood even before more and more conclusive evidence and eye witness accounts of what has taken place get put through the translation process.

To quote Ruth near the end of Monty Python’s Life of Brian, “Something’s actually happening Reg!” and choices will have to be made.

Berlin (AFP) – Police said Sunday the number of cases filed over violence during New Year’s festivities in Cologne had reached 516, including 40 percent relating to sexual assault.

2. She was a strong supporter of bringing muslim ‘refugees’ to Sweden…yet this was her fate at the hands of those she supported

(DO NOT look at the photo on that site if you are eating, or have eaten recently)

Supposedly, she was a member of the “We Like Diversity” Facebook page, called herself “multicultural” and a supporter of Third-world immigration into Sweden, the country of her birth. Maybe in those last few moments of life, she changed her mind about a few things, as if it made any difference. On that day, Elin and her african immigrant killer were riding the same tram to the Hisingen neighbourhood in Sweden.

3. Hillary campaign add actually says that you must vote for her in order not to bomb the Islamic State

4. Terrorism Experts: We are Moving Towards a “European 9/11”

A counterterrorism official told AFP that compared to what the future might bring, the coordinated November 13 Paris attack which killed 130 was “nothing”.

“We are moving towards a European 9/11: simultaneous attacks on the same day in several countries, several places,” he warned. “A very coordinated thing. We know the terrorists are working on this.”

The official said that the Islamic State, or ISIS, was currently recruiting and training Europeans with the intention of “sending them back to hit their countries of origin.”

Minister of Justice Heiko Maas has said he believes the sexual assaults in Cologne were ‘coordinated and prepared’ ahead of time. He also accused xenophobic groups of using the crimes to stir up hatred.

Germany’s Justice Minister Heiko Maas was the latest high-profile politician to speak out about the string of sexual assaults in Cologne on Sunday. In an interview with the popular “Bild am Sonntag” newspaper, Maas voiced his suspicions that the crimes which have the whole country reeling were not the result of an opportunistic mob mentality but a thought-out, planned attack on the city’s women.

“No one can tell me that it wasn’t coordinated and prepared,” the minister said. “My suspicion is that this specific date was picked, and a certain number of people expected. This would again add another dimension [to the crimes].”

The newspaper provided details from official police reports citing the use of social networks by some north African migrant communities to encourage their fellows to join them in the square between the Cologne train station and the cathedral, where the now hundreds of incidents of molestation and pick-pocketing took place.

6. Bob Woodward: Secretary Clinton Wanted To “Subvert The Rules” & “Lives In A Bubble”

Thank you M., Richard, Nash Montana, Kathy, CB Sashenka, Wrath of Khan and all who sent in materials. There is a lot more in the pipe being done. Look for more tonight.

This is why you should never take political advice from women who get less than 2 on ‘am_I_hot_or_am_I_not.com’ or stunt doubles for Granny Clampett 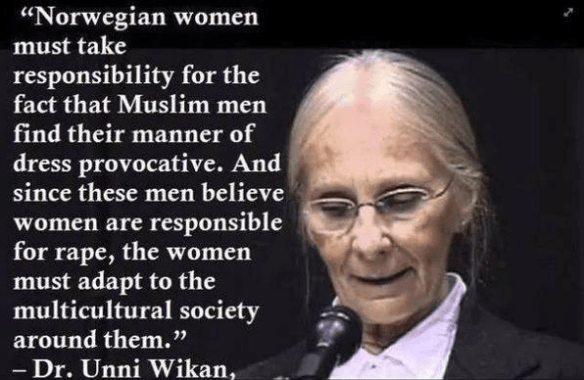