3. Here is a titled version of the guy who attacked the cafe in Paris claiming it was Ramadan and everyone should go home. There is a chance it is a prank. We can’t get an accurate picture on this. But its meaningful even if it is a prank. No one would do it, if no one would get it.

4. Silence Reigns After Jihad Attack Against the Church of the Loaves and Fishes

A recent arson attack did severe damage to a church in Israel on the Sea of Galilee, at the
site where tradition says Jesus multiplied the loaves and fishes to feed five thousand hungry people. When it turned out that the perpetrators were zealous Muslims, the press dropped the story. Nothing to see here. Move along, folks.

Many thanks to Yuval Brandstetter MD for translating this editorial from News1:

It’s a wonder. As soon as there is real need for information, explanation, essential clarification, the Blabbers of self-flagellation disappear.

Take the story of the arson at the Church of the Multiplication of the Loaves and Fish in Tiberias. A terrible crime. A veritable hate crime. When it happened the land was rattled. Immediately the Jews began beating their own breasts: We have sinned, we have wronged, for it is from amongst us, that the settlers, the avengers, the persecutors of the Christians, arose.

5. UK print media rapidly obliging politicians who requested that at least, they add the prefix: ‘so-called’ before ‘Islamic State’.

7. Kerry threatens to leave talks with Iran after third, ‘I think I feel a cold coming on’ line comes and goes

(Video at site of Kerry offering no new information, or indeed any information at all)

8. The successor to George Galloway’s seat in the British House of Commons in a rare moment in the UK, decides to speak truth instead of customary niceties about her predecessor. (Its quite good right up to where it becomes just another cultural Marxist rant of entitlement)

9. Sadly this next item was not video taped. But the picture and headline are interesting. 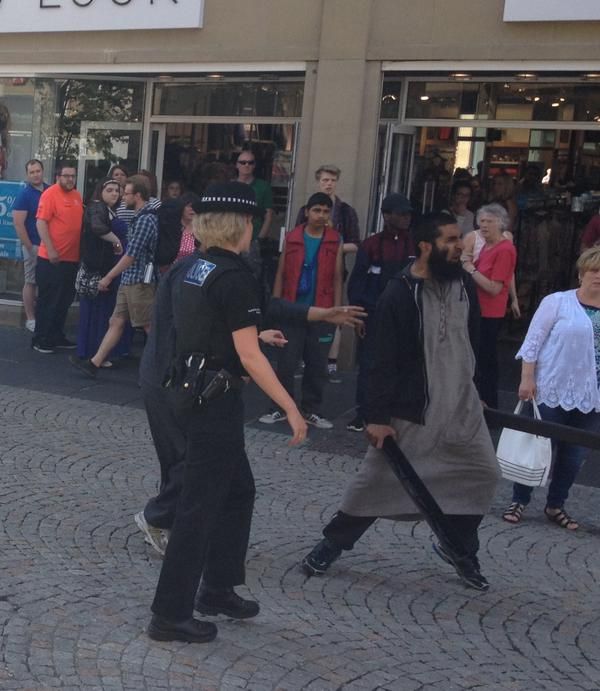 I would like to know what he was saying, and if a white, British, non-muslim said similar things as this man was, would he be ‘calmed down’ or arrested and jailed?

Iceland has abolished its blasphemy law, on the books since the 1940s, after a bill proposed by the Pirate Party passed in the national legislature.

According to the Iceland Monitor, all three Pirate Party MPs stood in the parliament (known as the Althing) during the vote and said “Je suis Charlie,” expressing solidarity with the Charlie Hebdo massacre victims. The bill, which passed with one MP voting against and three abstaining, is the first bill by the Pirate Party to pass in the Althing.

5 Replies to “Confident of victory, leftist groups and muslims are allowing focus to appear on their design: Links 1 on July 9 – 2015”