1. Part I of the Question and Answer session of the Red Pill Brief with Stephen Coughlin given in May in Vienna

2. Police freed 13 ‘slaves’ in raids on travellers’ camps which also netted stacks of cash, supercars including a Bentley golf cart

Police freed 13 ‘slaves’ in raids on travellers’ camps, where they also uncovered stacks of cash, weapons and a fleet of supercars – including a Bentley golf cart.

The potential victims of forced labour, including British and foreign nationals, were taken to a specialist reception centre where they are now receiving support from the authorities. 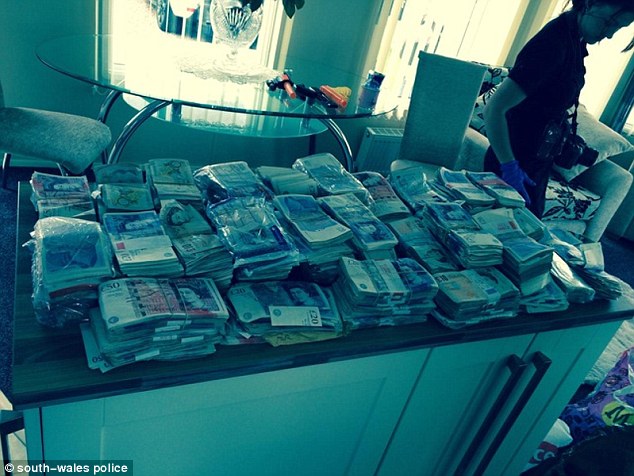 A stack of cash that police uncovered during Operation Fulcrum in Cardiff, South Wales, at travellers’ sites

(Why the single quotes around slaves? And why use that word at all when it comes to Gypsies and not with muslims?)

3. From the Google translate, it appears that this is the fire started by two Molotov cocktails thrown by a ‘refugee’ into the Besançon City Hall, France. Apparently he was known to police.

(Here is an excellent example of how universities, once the keeper of the light of reason, are now its extinguisher. This article uses Alinsky’esque ‘reasoning’ to hijack any outrage over the murder of 9 truly innocent people at a church in South Carolina and direct it towards the counter-jihad, not only with no evidence, but with evidence to the contrary. Students however, have been conditioned now to ignore reason when it interferes with hatred of what they call conservatives but are actually classical liberals, and use reason when it appears to support their agenda and narrative)

(But of course, what else could it be? It couldn’t possibly be that a Rwandan committed a war-crime cause that never happens)

Rwandan President Paul Kagame launched a furious attack on Western countries on Thursday after the arrest in Britain of the country’s intelligence chief on the request of Spain.

“Absolute arrogance and contempt is the only basis for this arrest,” Kagame said in a speech to parliament.

President Paul Kagame’s speech came on the same day that spy chief General Karenzi Karake is due to appear in court in London following his arrest under a Spanish indictment accusing him of involvement in the murder of nine Spanish aid workers.

(Is it now a criminal offense to have a negative opinion on those disgusting filthy anti-social supremacist tantamount-to-Nazi face cloths that some religious muslim women wear across their faces?)

A secondary school, where pupils are mainly Muslim, has called in police to investigate a ‘hate crime’ due to a Facebook posting criticising women publicly wearing Islamic veils.

A photo of three women in niqabs with the message ‘share if you find this offensive’ was seen on the Facebook page of a member of the school’s support staff and reported.

Headteacher Jen McIntosh immediately informed the police, who confirmed they are now making inquiries about the incident.

The head described the post as ‘tasteless and offensive,’ adding that the ‘appalling’ incident didn’t represent the ‘thoughts, feelings and actions’ of the school and its staff. 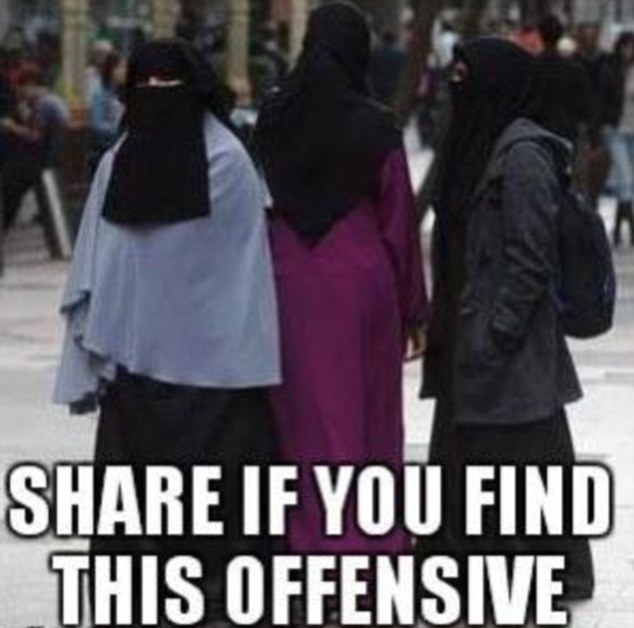 (This uniform is demonstrably and provably tantamount to Nazi uniforms. There is more Genocidal Jew hate in Koran and islamic scripture than in Hitler’s manifesto and their prayers are chock-a-block full of invocations to their demon founders to conquer the world and kill or subjugate non-believers to slavery. So finding it offensive may or may not be a crime depending on how pathetic our alleged democratic leaders are. But it is a moral imperative to find it so.)

Thank you  M., Richard, Yucki, Wrath of Khan, DP111, Maria J., and all who sent in links and made interesting arguments and observations in the comments. There will be more posts shortly, including a new edit of the OSCE panel on proposed hate speech laws. There are about 25 added seconds at the start, and each panelist in identified enough to investigate their backgrounds and influence, as well as influences.

It is hard not to notice how most islamic death and torture videos seem to have a kind of threatening dirge chanted in Arabic in them. Finally, a video has been found that in essence, has a translation for all of them, for anyone who feels they would like to know what is being said:

(For anyone who wishes to see this tune in its original (and highly amusing) context, please find the British series, ‘Hyperdrive’ and enjoy)

7 Replies to “The screws tighten on reason and freedom and extreme-leftism and islam take another yard lead: Links 2 on June 25 – 2015”