1. Pakistani-born father of five faces years in jail after he is convicted of grooming girls as young as 12 with McDonald’s, cash, cigarettes and alcohol Following a trial he was found guilty of forcing a 14-year-old girl to perform a sex act on him and nine counts of trafficking for sexual exploitation involving girls aged from 12 to 15 between November 2010 and January 2013.

Khubaib’s conviction brings the total number of people to be convicted under Operation Erle to ten, of which five are of Pakistani origin.

2. Rapist who left teenager for dead in savage bus stop attack had stalked THREE other women the same night before choosing his victim

A rapist who left a teenager for dead after a savage attack at a bus stop had already stalked three other women that night before choosing his victim.

The 18-year-old was hit over the head 20 times with a rock and dragged into a garden to be brutally raped by the man and left for dead in the Beeston area of Leeds last month.

Now police investigating the case have come across CCTV that shows the man following three other potential victims earlier on the same night.

3. “Like the Bad Weather, Danish Society Isn’t Optional”: Queen of Denmark to Immigrants

Queen Margrethe of Denmark has made a departure from normal political neutrality on contentious subjects to warn migrants to Denmark of the level of behaviour expected of them on arrival.

Her comments come in the aftermath of a deadly terror attack in Copenhagen earlier this year, where a conference on political art – including cartoons depicting Mohammad, the Islamic religious figure – was attacked by an Islamist with an assault rifle. Two were killed and five injured as Omar Abdel Hamid El-Hussein sprayed the meeting with bullets, as he attempted to kill Swedish artist Lars Vilks. Another died when he shot a Jewish man in the head outside a Synagogue. […] “They can go to the mosque when they want – anything else would be unreasonable – but when they begin to do things that aren’t consistent with the overarching patterns of Danish society, they must realize that that will not do. 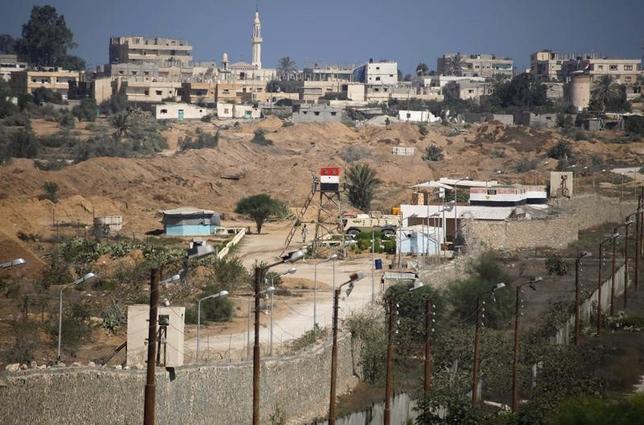 (Reuters) – People who dig and use cross-border tunnels in Egypt could face a maximum penalty of life in jail, state news agency MENA said on Sunday, citing amendments to the penal code targeting activity in the frontier area near the Gaza Strip.

Egypt declared a state of emergency in the border area last year after at least 33 security personnel were killed in attacks in the Sinai Peninsula, a remote but strategic region bordering Israel, Gaza and the Suez Canal.

There were several militant attacks in the Sinai on Sunday.

The amendments to the penal code were passed by presidential decree, MENA said.

5. This appears to be the aftermath of a bomb attack in Aleppo Syria April 11 2015. Fairly graphic but not by IS standards and not deliberate for shock value but a document of what took place. Many appear to have been killed or seriously wounded in this attack.

6. The Italian coast guard said Monday that it rescued 5,629 migrants in three days between Friday and Sunday.

Anonymous said via Twitter the police were targeted because of the accusations of brutality during the recent student demonstrations, which have seen thousands take to the streets nightly in protest of recent austerity measures.

The group also indicated it will “ruin the life” of a police officer shown pepper spraying protesters in Montreal.

This cyberattack comes on the heels of similar attacks on the websites of Toronto police and the City of Ottawa.

8. Anti and pro Israel protests at performance of Israeli musician, famous for their work in promoting African music etc.

The ‘milking’ male goat that was slaughtered by Palestinian authorities in the Gaza Strip. (Supplied)

Palestinian authorities in the Gaza Strip executed a miracle male goat which oozed milk by slaughtering the animal following public upheaval about the curing power of its milk.

An official at the ministry of agriculture in the Strip said the goat was slaughtered and its meat was sold to a wealthy Palestinian man following reports that it was oozing milk and that the milk can cure many diseases.

“We decided to execute the goat after it created upheaval and confusion among the residents, who mistakenly believed it is a blessed animal and that its milk can cure diseases,” said Zakaria Al Kafarna, veterinary services director at the ministry.

“The goat was oozing milk because of hormones defects…the milk does not cure any illness…on the contrary it could harm the body,” he said.