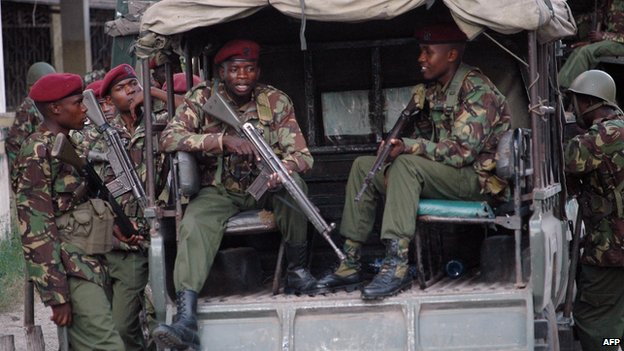 Mohamed Shahid Butt was driving back from the airport on Friday evening when his car was blocked by another vehicle and two gunmen opened fire.

(The related stories at that page look interesting as well)

2. Muslim Brotherhood in Europe issues press release on Israeli actions in Gaza, no mention of rockets and no mention of slain teens.

(This is quite instructive. It isn’t even spun for sympathy, it is an outright lie. This exposes the MB’s modus operandi and agenda better than much of what they do in many ways)

(Maybe if left to their own, Hamas will just start firing on their own positions and solve everyone’s problems. At least then they would hit something)

this Group is the Al-Aqsa Brigade, the military wing of the Palestinian Authority. Here they film themselves firing a salvo of rockets from a hidden cart in the middle of a busy residential street in the Gaza Strip.

5. Double agent jihadi: To his extremist ‘brothers’ he was a Muslim convert hungering to commit atrocities in Britain. In truth, he was a spy for MI5. In a new book he blows the cover on his terrifying double life…

(It is an exciting read)

(The problem is, it makes no difference. Sharia law is pirate law enforced by thugs. It needs no recognition. It just needs thugs and a population that is afraid of them and, as we have in Canada and Western Europe, a police force without the will or courage to act against them)

Individuals may abide by Shariah court rulings if they wish, but cannot be legally forced to do so, Judge C. K. Prasad said.

“No religion is allowed to curb anyone’s fundamental rights,” he told the court, giving the decision of a two-judge bench. Indian law does not recognize Shariah court rulings, he said.

The court was responding to a petition filed in 2005 by a lawyer who said the Shariah courts should be disbanded for running a parallel judicial system in a country with 150 million Muslims among its 1.2 billion population.

more than 140 people used 419 Cedar Avenue South in Minneapolis as their home address, when they registered to vote.

The address is for what’s called Cedar Mailbox Center. No one lives there.

8. David Harris of INSIGNIS new article on Canadians of inconvenience.

(The Khadr family springs to mind. Using our medical system and passports as tools to destroy our way of life)

President Abdel Fattah el-Sisi’s Cairo dictatorship put the grab on Khaled al-Qazzaz, a key player in Egypt’s former Muslim Brotherhood-backed Morsi government. Al-Qazzaz is a Canadian permanent resident rather than a citizen, but supporters say Ottawa must push to free him.

Thank you Wrath of Khan, Oz-Rita, M, Golem Bar, Nicolai Sennels, and many more. You know who you are.

Below the more tag, I have put a few links dealing with the galloping leftism and irrationality of the Obama administration for those who follow internal US politics. The obscene reasoning used by senior members of the US government based more on communist think tank, The Frankfurt School than on reason or facts has become a new normal.

Nancy Pelosi tells outright lies about the Hobby Lobby decision and appeals to sexism rather than the actual decision.