Americans are not particularly interested in foreign policy. But there are a few things that they won’t buy. They won’t buy that a man who comes to the White House sporting a Taliban beard and praising Allah in Arabic is a normal American father They won’t buy spin that describes a deserter as an exemplary soldier.

3. More Glick. She speaks on her book, the One State Solution.

(I haven’t seen it all but decided to post it when she described Hamas’ policies and the state department of the US policy on it Vs. the president’s.)

(Click over to the DM to see many photos. I would be willing to bet this camp is paid for 100% by US foreign policy aid. Please see lecture above by Caroline Glick) 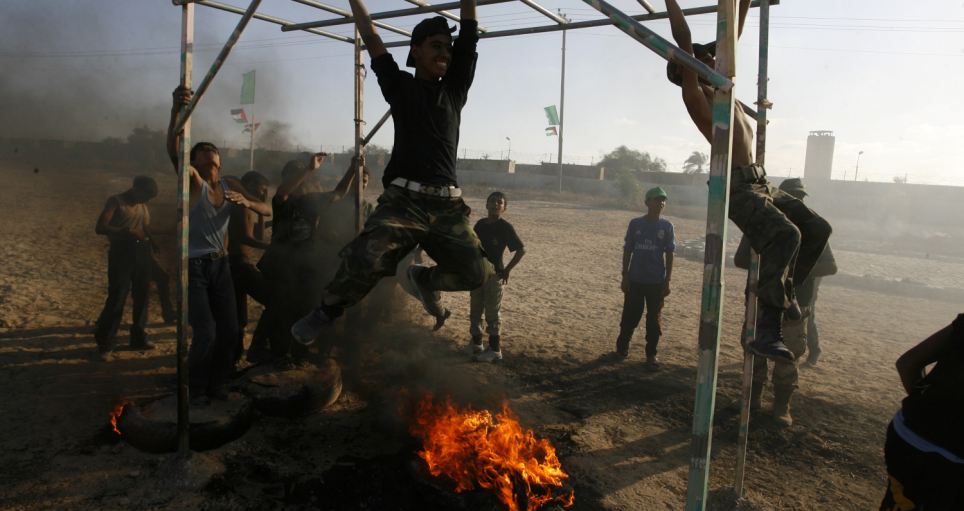 Thousands of Palestinian students have gathered to take part in the brutal summer camps, organised by the political organisation Hamas, in the Southern Gaza Strip.

Photos from the camps show children climbing obstacles above open flames, running in formation and standing at attention.

5. Michael Coren is back with a panel on among other things, the plot to take over many British schools to make them madrases in all but name.

Thank you M, ML, GoV, Oz-Rita and many more.