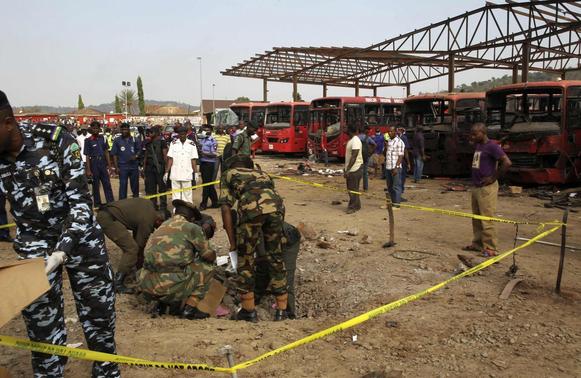 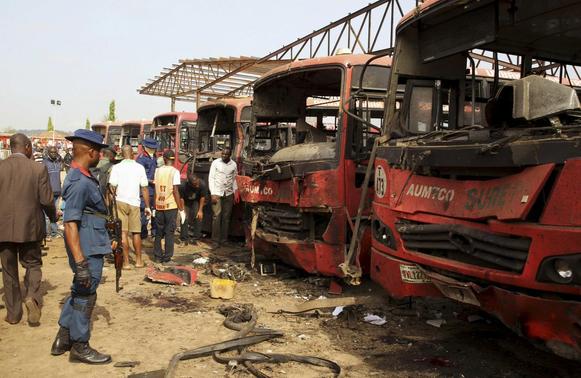 Bomb experts gather evidence in a crater that was caused by a bomb blast explosion at Nyanyan, Abuja April 14, 2014.

(Reuters) – A morning rush hour bomb killed at least 71 people at a Nigerian bus station on the outskirts of the capital on Monday, raising concerns about the spread of an Islamist insurgency after the deadliest ever attack on Abuja.

President Goodluck Jonathan pointed the finger of suspicion at Boko Haram, although there was no immediate claim of responsibility from the Islamist militants who are active mainly in the northeast. As well as the dead, police said 124 were wounded in the first attack on the federal capital in two years.

(Video seems to be related)