SOFIA (Reuters) – Bulgarian police detained more than 120 people on Friday after hundreds of nationalists and soccer fans attacked a mosque in the country’s second city Plovdiv, smashing its windows with stones.

Over 2,000 people had gathered outside a Plovdiv court as it heard an appeal case dealing with the return of an ancient mosque in the central city of Karlovo, taken over by the state more than 100 years ago, to Bulgaria’s Chief Mufti, the Muslim religious authority.

Here is footage of the actual ‘attack’ on the beachhead 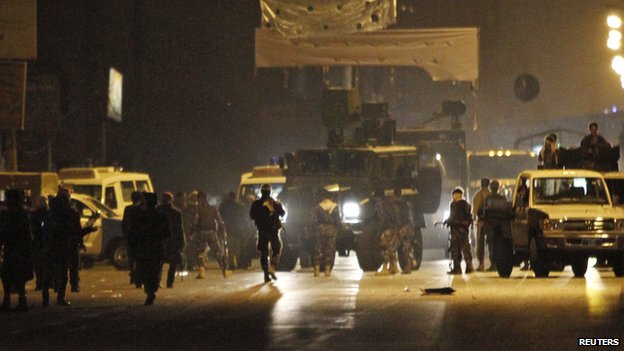 Gunmen have carried out a deadly attack on the main prison in the Yemeni capital, Sanaa.

Seven policemen and three militants were killed in the fighting, the state news agency reported. It said a number of inmates had managed to escape.

No group has said it carried out Thursday’s attack, but Yemen is in the midst of an insurgency led by al-Qaeda-affiliated militants.

Several universities have asked students to sign contracts affirming they will not celebrate the holiday on February 14.

Islamic clerics in Tashkent told RFE/RL that sermons against Valentine’s Day will be included in Friday Prayers.

Officials say Valentine’s Day contradicts the national traditions and mentality of the Uzbek people, as well as the religion of Islam.

(If I didn’t know it was in Norway, I would think it was Japan)

(CNN) — Eleven “terrorists” were killed — eight by police, and three by their own suicide bomb — in a terrorist attack Friday in northwest China’s restive Xinjiang region, the state-run Xinhua news agency reported.

7. Another report on muslims in CAR. 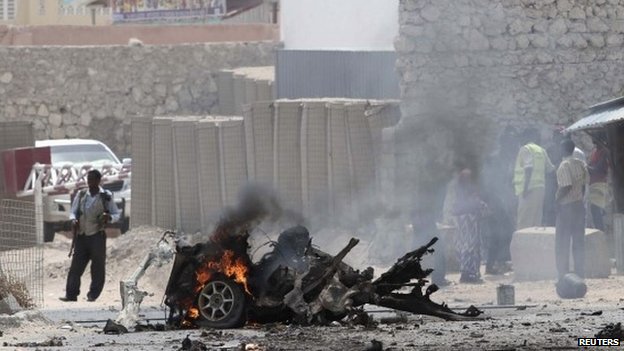 A UN report has warned that “systematic abuses” by Somalia’s government have allowed weapons to be diverted to warlords and al Shabab militants.

The report for the UN’s sanctions committee calls for the restoration of an arms embargo on Somalia that was relaxed last year.

It said a key advisor to Somalia’s president has been involved in planning weapons deliveries to militants.