Police suspect vandalism after pig’s trotters were thrown into a mosque near Stockholm after the windows of the building’s main door were smashed in on Monday morning.

2. Ashura, Shi’ism,…and Yet Another ‘Jewish Conspiracy Against Islam’

(If only. It would be richly deserved if it was true)

The granddaughter of Hamas Prime Minister Ismail Haniyeh was transferred on Monday to an Israeli hospital for treatment, sources in the Gaza Strip confirmed.

The sources said that the girl, Amal, was in serious condition after being diagnosed with acute infection in the digestive system.

Picture of child with Hamas leader at FB 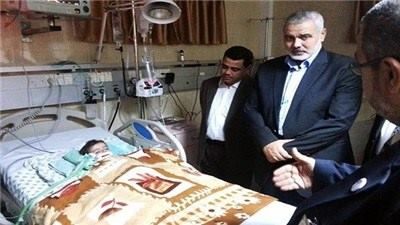 4. Australia to UN: No More ‘Socialism Masquerading as Environmentalism’

Australia’s cabinet has decided it will reject new contributions or taxes related to climate change at this week’s annual United Nations global summit on climate change in Warsaw, calling the measures “socialism masquerading as environmentalism.”

According to The Australian, the document that was agreed upon declares that Australia “will not sign up to any new agreement that involves spending money or levying taxes” on climate change matters. It “rules out Australia playing any role in a wealth transfer from rich countries to developing nations to pay them to decrease their carbon emissions.”

Thank you M, Fjordman, and everyone who sent in material for this post.