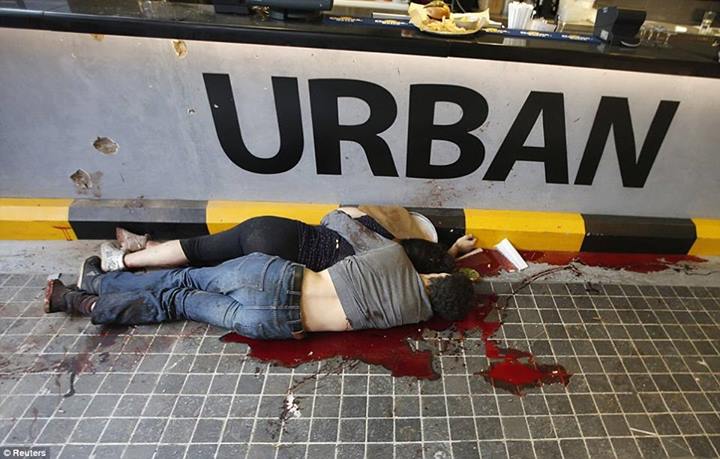 This couple shot dead by the Muslim gunmen in the food court spent their last moments hugging each other. – Kenya mall massacre. Stop the madness. From Facebook

The cell that attacked the mall:

According to the terrorist group the attackers all between the age of 20 and 27 years old, are from numerous countries, including the US, UK, Canada, Sweden, Finland, Syria and Russia and where all trained in Somalia.