1. First of all, its worth noting that there is clearly some kind of uptick of activity in terms of islamic attacks on, well everything resisting islamic supremacy in the world this weekend.

For example, have a look at this: 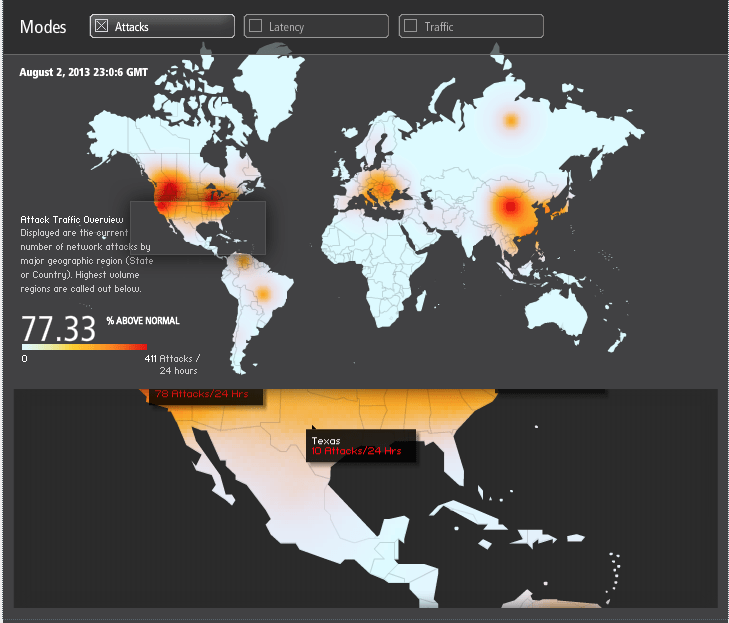 This indicates that attacks on webservers and so on are up nearly double the usual rate of attacks. This is highly significant. And very unusual. I took this snap at 7:19 PM EST and it has been climbing steadily since I first was made aware of it (as my site was down like a load of bricks in a way I have never seen before) at around 3:14, when it was 68% above normal. Add this to the constant broadcast of planned al-Qaeda attacks against US interests set for Sunday and beyond and its not hard to see that we have a problem of some magnitude. Perhaps Obama may rethink his statement about the war on terror being over?

2. Moscow police sustains serious head injury as he tries to arrest a man who was raping a 15 year old girl. This seems to be part of a general raid into thousands of illegal muslims doing the usual muslim thing in Russia. Link to BBC story here and video of event here. (sorry no embed code yet) I THINK I heard the word ‘Kuffar’ yelled at the police officer by the suspect. Not sure though.

3. If the pope has some kind of plan, I hope its a good one. So far it looks like straight dhimmitude.

3. Earlier today a link was posted on Islamic request for divine retribution against Spanish police for, you know, arresting people hell bent on killing uninvolved Spanish people in Spain to force Islam on them all. Here is a peek at who was arrested:

Nice to see Mr. Farage noticed the elephant in the room. Or perhaps always noticed it, but finally decided to mention it was there.

“The reason that Alison’s been sacked is that we’re so terrified in this country of causing offence to anybody, particularly the Muslim religion.”

And he told Ms Waldock, who was on the same programme: “I wonder had gammon been given to a vegetarian child, whether you would have been sacked, I suspect probably not.”

A mural at an 11th century Syriac monastery in Syria. Photo: GETTY IMAGES

Tens of thousands Syriac Christians – members of the oldest Christian community in the world – have fled their ancestral provinces of Deir al-Zour and Hasakah in northeastern Syria, residents have said.

Thank you Wrath of Khan, EDL Buck, M, Richard and many more for the tips and thoughts.