1. FOX is reporting (on TV) that Spanish authorities have ruled out a technical error and at least 78 dead.

Here is CCTV footage of the event. (Thanks everyone who sent this in)

2. There is rumoured to be a near total media blackout on the UK’s third beheading.

2a. Media cover up 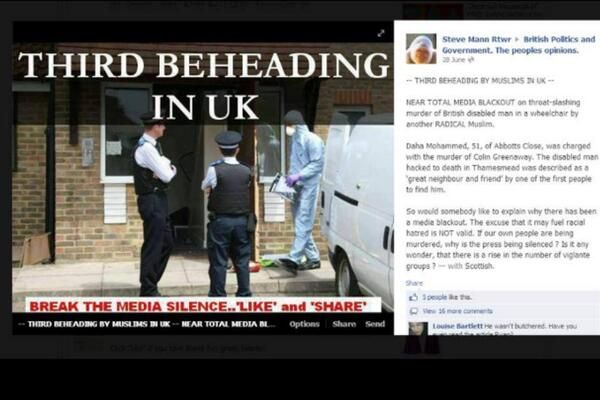 “We have detonated a bomb protesting against your killings of muslim overseas, and your unjust conviction of our brothers and your treatment of us when we protested in Sydney,” the email said.

More on this here

4.  Czech attorney: “To outlaw the entire Islamic association is bold, but not unrealistic”

head of Czech Muslims – Muneeb Hassan Alrawi. The complaint centres on his potential illegal conduct in a sermon where he calls on Muslims to teach their children to hate “kufr” (usually translated as all things unacceptable and offensive to God and defined in Qur’an by acts of  “unbelievers“, „disbelievers“, or „infidels”) and to beat them if they refuse to pray*