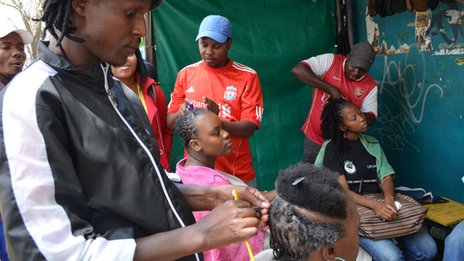 “They had a knife and cut off my hair with scissors. I still feel pain when I think about that night,” the 28-year-old Zimbabwean tells the BBC.

“I used to see people selling dreadlocks on the streets and didn’t know where it came from,” he adds, still battling to believe what happened to him as he was walking home late at night in Johannesburg.