A British soldier killed in Cyprus was targeted by a gang of thugs high on drugs and carrying flick-knives who had a ‘score to settle’, a court heard yesterday.

Private David Lee Collins, 18, was allegedly stabbed through the heart by Mohamed Abdulkadir Osman when the pair met in a nightclub following an earlier row sparked by North-South rivalry.

The fight between the trio and the soldier had begun earlier in the day when Private Collins, from Manchester, taunted Londoner Osman about his home region. 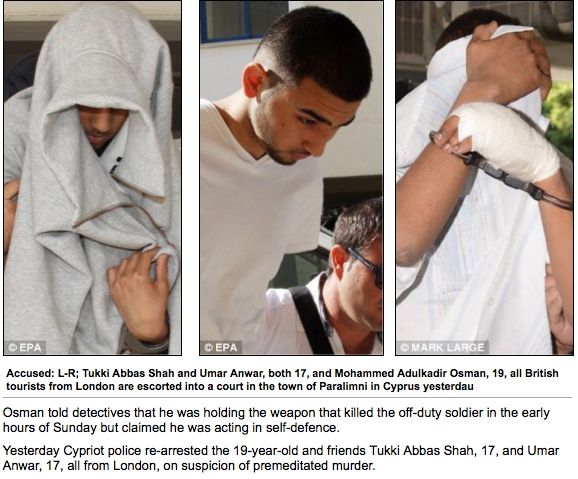