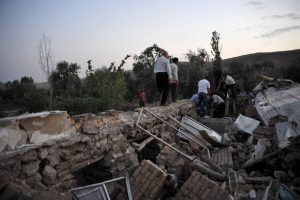 Iran has rejected a United States offer of aid for survivors of deadly earthquakes which struck villages in its north-west, saying the offer was not made in “good faith”.

The weekend earthquakes killed 306 people and injured 3,000, according to an official toll, and the US issued a statement sending “the Iranian people” its condolences and saying, “we stand ready to offer assistance in this difficult time”.

5 Replies to “Propaganda before people. Iran rejects US offers of assistance to earthquake victims.”