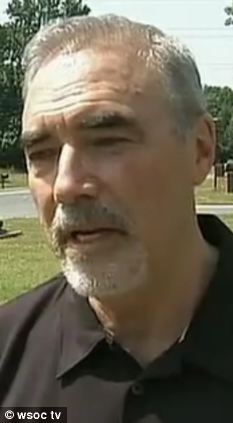 Changes: Pastor Terry Sartain said he was upset by the new rules

Volunteer chaplains in North Carolina’s Charlotte-Mecklenburg Police Department have been told not to use Jesus’ name in prayers at public events held on government property.

Pastor Terry Sartain of Horizon Christian Fellowship told FOX News Radio he was informed of the change by his superior major just before he was about to give a invocation at a promotion ceremony.

‘I was told chaplains can no longer invoke the name of Jesus on government property,’ Mr Sartain said.

‘[He said] if I could refrain from that during the invocation he would appreciate that.’

Mr Sartain said he was upset by the new rules.

‘I’m very sad about it,’ he continued.

‘I’m a pastor and Jesus is the only thing I have to offer to bless people — his life and his person.’

He said that he had used the name of Jesus in the past at police events and not had run into any barriers then.