To prevent robberies many bank departments in certain areas are cashless – they do not handle large sums of cash and it says “cashless bank” on the door to discourage would-be bank robbers. Who robs a cashless bank and forgets to use his disquise? Idiot.
Translated by Nicolai Sennels, Ekstrabladet March 27th “Do you know this robber?“: 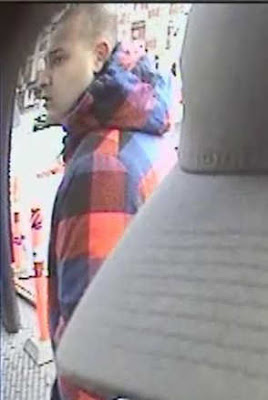 He did not do much to disquise himself or seem anonymous – the young man who Tuesday at 10:50 robbed Nordea Bank’s department at Frederikssundsvej 31 (part of Nørrebrogade) in Copenhagen’s North West.

He had brought a Spider Man mask with him into the bank but did not use it and left it in the bank.