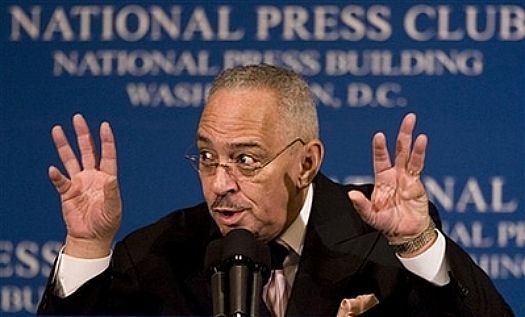 Rev. Jeremiah Wright, who was US President Barack Obama’s pastor for 20 years at the Trinity United Church of Christ on Chicago’s south side, has endorsed the “March on Jerusalem.”

The Doha conference was a two-day long effort to demonize Israel and deny Judaism’s more than three thousand year connection to Jerusalem.

Both events are designed to reverse what their organizers call the Judaization of “occupied Jerusalem.”

The White House has refused to comment on Wright’s decision to endorse the March on Jerusalem, or the presence of state department consultants at the so-called Doha Conference.

The National Conference of Jewish Affairs said “That the President’s long-time pastor and “spiritual leader” is now endorsing the Global March to Jerusalem, without a reaction from the White House, underscores President Obama’s failure to recognize the unalterable significance of Judaism’s multi-millennial connection to Jerusalem, which is the capital of the Jewish State, Israel.”

Wright, of “God Damn America” notoriety, has also asserted on ABC news that the U.S. brought on the 9/11 attacks with its own “terrorism.”