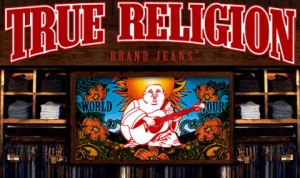 The Huffington Post has gone a bit mystical since the Occupy Wall Street protests. Remember the mass yoga and meditation sessions mixed with calls for social justice, equality and, if not an end to capitalism, then at least a fairer type of capitalism?

The HuffPo‘s latest liberal-mystical serving is especially eye opening: runes. These germanic esoteric symbols (and letters of various related Germanic “alphabets”) were, not so long ago, associated with radical conservatism, fascism, and Traditionalist-type politics. Today, though, Kelley Harrell, a “Neoshaman and author of ‘Gift of the Dreamtime’ ” gives a pretty glowing review of the work of runester Tyriel.

Tyriel’s presentation of the runes — ancient symbols, let’s not forget — fits neatly into the modern “positive thinking” and essentially New Age worldview. Runes, in this view, are signs of the unconscious that allow us to be more creative, more in touch with ourselves, in the modern world. There’s nothing new in all of this, although Tyriel is smarter and comes across as more normal than the average author on the subject.

This approach may have some good points, and it undoubtedly helps many people to feel a little more spiritual. But it provokes me to make a few observations.

Firstly, that modern politics has been spiritualized in some quarters: equality, love for everyone, anti-materialism and the belief that all religions are “one”.

Secondly, and relatedly, although many spiritual people believe that they are in every way opposed to “the system,” I’ve noticed over the last few years how very close the language of politicians is to New Age and spiritual gurus. Both offer hope of a better, more ethical, future, but never tell us what that future will be like. We’re supposed to fill in the blanks ourselves. Instead we are offered only some technique to get there — magically: vote for a particular candidate, or meditate on some symbol or mantra or other. And both employ technical jargon, not to reveal their thoughts, but to obscure them while presenting themselves as above the ordinary man.

But (observation 3) it is the ordinary man that, more often than not, does extraordinary things in times of crisis. Here’s why, perhaps. The ordinary man lives his values: through his family, his relationship with his friends, his honest work, his honest talk. He is unequivocal in his values. He knows the difference between right and wrong. He knows that if he is attacked he must defend himself, and that he is right in doing so. It’s not an intellectual dilemma, or a moment of soul searching for the “root causes” of the attackers alleged pain. Not so the politician and the guru, who want to tell us that the most violent criminals are oppressed by society, etc., etc.

Right and wrong slip through the gaps of abstract theories. The politician and the intellectual merely theorize and play with values. It helps them to feel important, but when push comes to shove abstraction proves to be of very little use.

Positive thinking-type spirituality may have its place. As many will point out, athletes will often imagine themselves winning the race they are about to run, for example. Left out of the picture is that this is only a tiny part of what the athlete does. He trains seven days a week, pushing his limits physically and mentally. To put it another way, he does the (ordinary) work of the athlete. Politicians and spiritual gurus want us to believe that we can skip the hard work. The former, in particular, want us to leave it up to them. This is where the West is… read more.