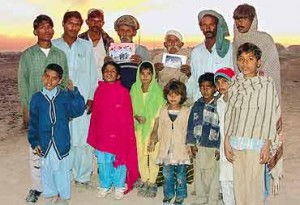 Radha “was abducted from Karachi about 13 months ago by a group of young men who offered her ice-cream and a ride in their car,” reports Pakistan Today. “Before she knew what was happening, she was dragged into a larger van, and driven to an area she did not know.” She was then forced to sign a number of legal forms and to convert to Islam in front of a Muslim cleric. After that she was… read more.

One Reply to “Kidnappings, forced marriages of Hindu girls draw protests in Pakistan”