It seems the Saudis can use European and other law enforcement agencies to enforce sharia law in other countries. 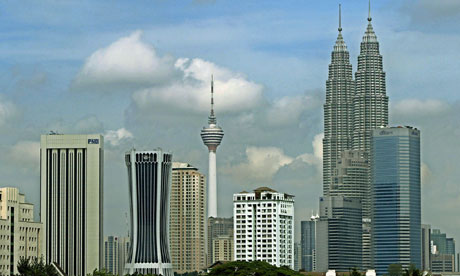 Police in Kuala Lumpur said Hamza Kashgari was detained at the airport following a request by Interpol on behalf of the Saudi authorities. Photograph: Ahmad Yusni/EPA

Interpol has been accused of abusing its powers after Saudi Arabia used the organisation’s red notice system to get a journalist arrested in Malaysia for insulting the Prophet Muhammad.

Police in Kuala Lumpur said Hamza Kashgari, 23, was detained at the airport “following a request made to us by Interpol” the international police cooperation agency, on behalf of the Saudi authorities.

Kashgari, a newspaper columnist, fled Saudi Arabia after posting a tweet on the prophet’s birthday that sparked more than 30,000 responses and several death threats. The posting, which was later deleted, read: “I have loved things about you and I have hated things about you and there is a lot I don’t understand about you … I will not pray for you.”

Clerics in Saudi Arabia called for him to be charged with apostasy, a religious offence punishable by death. Reports suggest that the Malaysian authorities intend to return him to his native country.