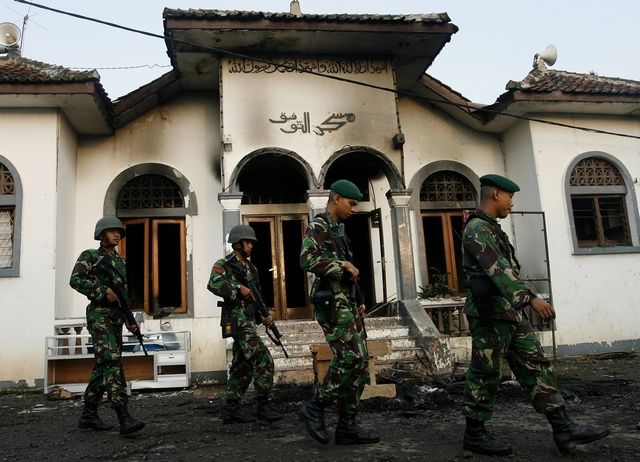 Soldiers file past a burned out Ahmadiyah mosque in Java, Indonesia.

Soldiers walk past a burnt mosque owned by followers of the minority Islamic sect, Ahmadiyah, in Ciampea, a village in Indonesia’s West Java province October 2, 2010. Hundreds of Muslims living in the area set fire to the mosque and five houses also reportedly belonging to followers of Ahmadiyah, on Friday night, causing panic among the Ahmadis. Many Muslims in Indonesia regard Ahmadiyah as a heretical sect and have called for it to be banned. Picture taken October 2, 2010. REUTERS/Dadang Tri (INDONESIA – Tags: POLITICS MILITARY CIVIL UNREST RELIGION)