This is a part of the article from:

Could a 15 ton bunker buster that blows apart 200ft of concrete be the bomb that stops America’s adversaries from developing nuclear weapons?

The U.S. Air Force has unveiled the Massive Ordnance Penetrator – dubbed the Big Blu – and speculation is already mounting that it may be used in airstrikes on Iran or North Korea.

B-2 Stealth Bombers will use the six metre long GPS guided rocket, fitted with 2.5 tons of explosives, to smash open underground bunkers and tunnels suspected of containing weapons of mass destruction.

Scroll down for video… 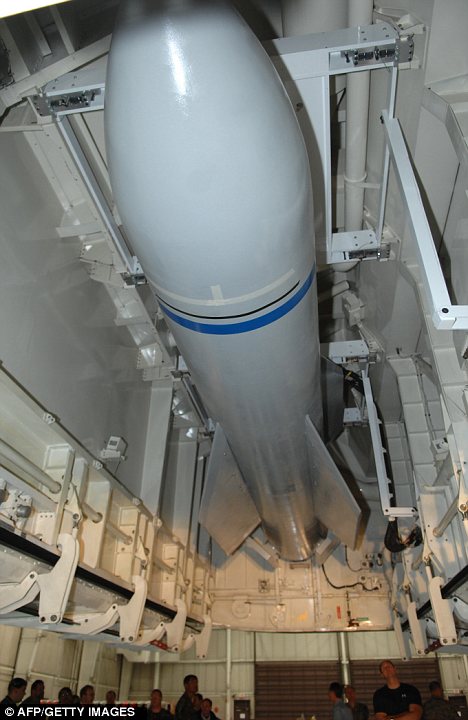 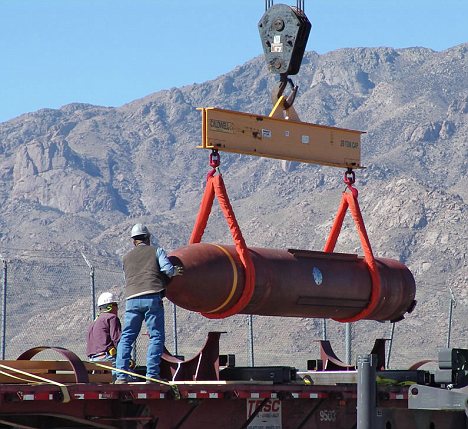 He added that the $32 million contract with aerospace firm Boeing would see eight of the devices delivered to ‘fulfil the Air Force’s operational needs’.

5 Replies to “Is this 15-ton bunker buster the bomb U.S. will use to destroy Iran’s nukes?”