It seems to me that if you add many of the crucial elements of WW1, the Ottoman empire and its desire for world conquest for Islam with Turkey as the head, and today, possibly Iran and or Egypt competing for that spot with Turkey, and you add some of the crucial elements of WW2, the Jew hatred, present in both Nazi-leftism and Islam,  both irrational and both highly motivating like religion itself, you get a decent picture of what WW3 looks like. Now the Nazi party of the USA has pitched in with the Occupy Wall Street protest, a distinctly socialist movement which pretends to represent the poor and oppressed but is actually sponsored by unions, the members of which are some of the best paid and have some of the best benefits, not to mention security and entitlements our various nations have to offer. (Warning: the link above actually does go to the American Nazi Party site. I’ll put a screen cap below in case anyone does not wish to have to click it and go there)

We have seen Islamic groups come out in favor of OCW in NYC to Tehran. Muslims, leftists (wealthy powerful unionists and their useful idiots) and Nazis all united by profound Jew hatred, often under the totem of anti-Israel and as often not, and the math looks pretty clear to me. 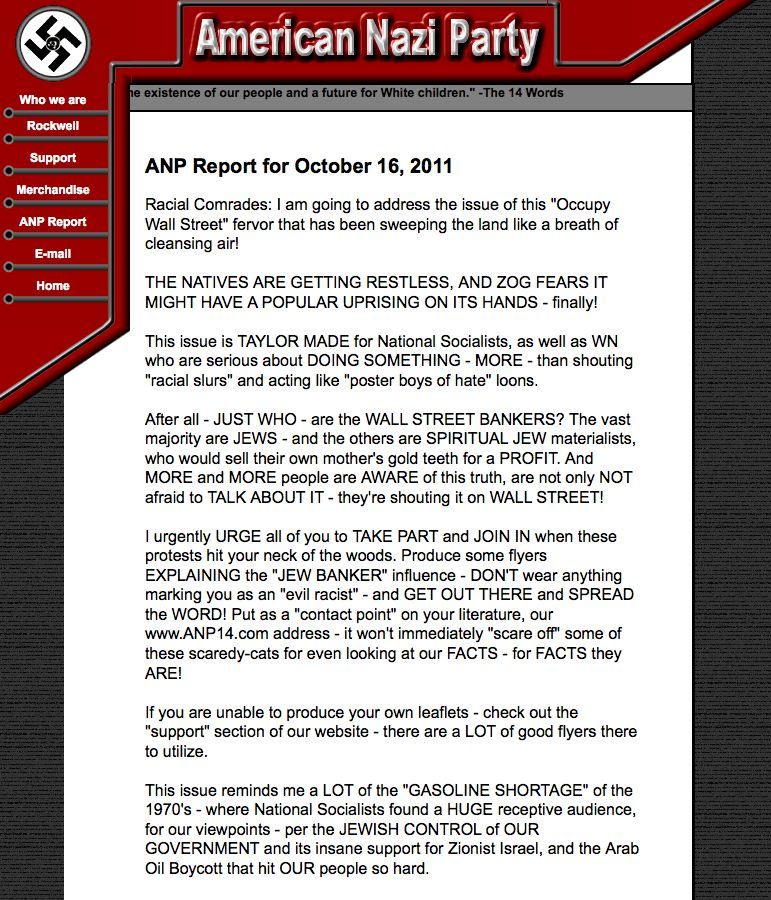