By The Associated Press, Google News 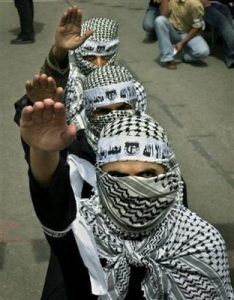 BERLIN — A top security official says he sees anti-Semitism in both right-wing and Muslim extremists in Germany.

Heinz Fromm, president of the domestic intelligence agency, is quoted in Der Spiegel Sunday as saying both have “a similar picture of the enemy: Israel and the Jews overall.”

Fromm said that while neo-Nazis adhere to a racist anti-Semitism, Muslim extremists “are oriented toward the Israeli-Palestinian conflict.”

He said both groups have the idea “that Israel and the Jews have undue power that needs to be fought.”

Last month a group of Arab youths attacked and shouted anti-Semitic slogans at a Jewish dance group during a street festival in Hannover.