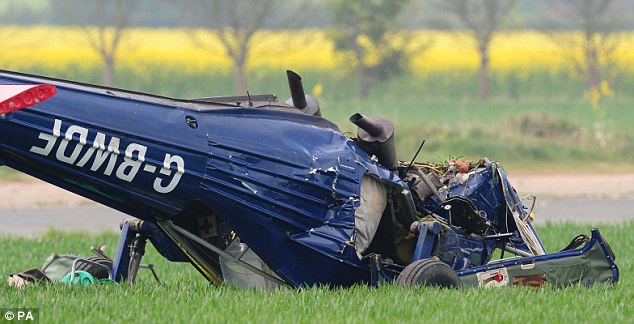 “We confirm that Nigel Farage has been moved from Banbury to the John Radcliffe Hospital in Oxford. We understand there was no pressing medical need for this transfer. He has been visited by his wife.

“Despite being in considerable pain, we deduce that Nigel is back to his something like his normal form. He told UKIP’s Banbury candidate Dr Sebastian Fairweather who gained access to him in hospital to ‘stop worrying about me, get back out there and get out the vote”.

“We also understand that the injuries to the pilot, Justin Adams may be less serious than previously feared though we have been unable to speak to his family.

“It is clear that both men had a remarkably lucky escape.