DIDN’T YOU KNOW BENNY?
IT’S ALL ABOUT ISLAMOPHOBIA! 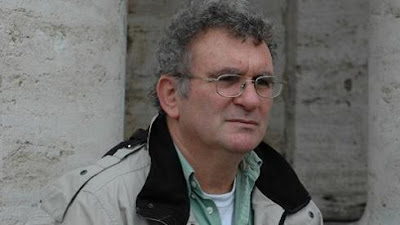 Benny Morris: Now I know how most Israelis feel,  having the modern historical record of their state, distorted and trashed by me and my other fellow “New Historians”. It’s a  most unpleasant feeling.

What goes around, comes around. For those of you who don’t know by now, “islamophobia” (a ficticious meme of epic proportions) is the most important issue on the planet! For those of us fighting against the Islamization of the West, it’s actually the revealing of the factual truth about Islam, for the die hard Muslim, it’s the shock of having their ideology exposed for all to see like a drunken sailor out on a night of liberty.
It’s really rich to see the factually challenged historian now facing, (and much to the discredit of Mr.Morris himself) something that Israel has been facing for years. Being badly maligned and vilified with overly simplistic and disingenuous one liner claims, for Morris it’s “islamophobe, “racist”, for Israel it has been “apartheid” and “occupation”.
Morris, according to a Tundra Tabloids’ well placed source, also happens to be someone who has a tendency of changing his opinions according to the loudest voice in the room. Perhaps now, seeing that Islam itself, (not Israeli policies) has had a major contributing role in the 60+ years of war being waged against the Jewish state, that this is Morris’ “Mea Culpa”.

If so, the TT is then prepared to offer Benny Morris a few kudos if the following does indeed turn out to be true. According to report in the J’lem Post, the professor of Israeli history had a speaking engagement cancelled due to a Facebook campaign mounted against the professor from speaking at the university. What were the dreaded words of offense? In a Facebook entry the following was introduced as “evidence” of Morris’ islamophobia:

In a 2004 interview, Morris shared his belief that “there is a deep problem in Islam. It’s a world whose values are different. A world in which human life doesn’t have the same value as it does in the West, in which freedom, democracy, openness and creativity are alien”. He also described what he called “the phenomenon of the mass Muslim penetration into the West and their settlement there” as “creating a dangerous internal threat”.
In the same interview, Morris called Palestinian society “very sick” stating that it should thus “be treated the way we treat individuals who are serial killers…Something like a cage has to be built for them. I know that sounds terrible. It is really cruel. But there is no choice. There is a wild animal there that has to be locked up in one way or another”.

It sounds like great common sense to the Tundra Tabloids, which has been repeating these themes for years. who knows, perhaps Morris frequents these pages as do other commentators on Middle East and Islamic issues? I can’t think of any rationally minded invidual looking and reading what Morris has stated, and knowing full well what Islam has done in the past, and is capable of doing in the future, and still regard Morris as a racist. He’s not.

“Islamophobia” is a mythical term that confuses the real issues of the day. It seeks to replace antisemitism as the watch word for bigotry and racism, while its own leaders reject the fact that Muslims have been and can be, antisemitic. The OIC secretary-general, Ekmeleddin Ihsanoglu, said as much while visiting Helsinki in 08′.
You can read the Jerusalem Post article on the story, which by-the-way, curiously refrains mentioning just what where the offending statements were. KGS