From The Economic Voice

The government drive to back Turkey’s bid to join the EU may be scuppered by a back-bench revolt that included Labour MPs.

There is growing concern that allowing a predominantly Muslim country that has a population in excess of 74 million into the EU would trigger a vast army of immigrants spreading out across Europe. Many, it is feared, will make their way to the UK like a latter day gold rush. 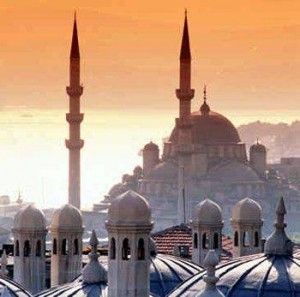 But this situation has not just suddenly come about. The whole issue has been batted back and forth in political circles both domestic and EU wide for years. But the agreements and timings etc were all drawn up when the EU really was the land of milk and honey. The boom times when there was money and houses for all.

But as usual, politicians on all sides did not see any further ahead than the next free lunch. In fact any dissenters were branded as nasty little racists and shouted down.

But now the reality is dawning, the turkeys are coming home to roost so to speak. There is little enough for those that are already here, let alone whole new swathes of people.

Where were all these MPs though when the plans were being drawn up and debated all those months and years ago? Why no mass dissent back then? Because it didn’t serve their purposes back then when Labour was flying high and an endless boom was in operation.

What if parliament votes against government support this week? Will our lack of support matter? Is there the option for the UK to actively campaign against it? There will of course be the usual ‘behind the scenes’ machinations and, in the true EU way, another vote later to get the ‘right’ answer, probably when the economic situation puts a bit more of a ‘feel good factor’ back into the country. Turkey will therefore join the EU. It may be a delayed entry, but an entry nonetheless.

I am not saying we should just accept it, far from it. But after the next general election nothing much will change. There will still be a preponderance of Labour and Conservative MPs backed up by some LibDems. There will also be the odd independent. There will be many new faces due to the expenses scandal, but behind them will be the same old tired ideas and views. They will quickly shape themselves to fit the mould that is Westminster.

That is the real reason for the mess that is now the UK. We need new ideas and the backbone to sometimes go it alone. But that would take MPs of character prepared to stand up, say it like it is and look to the bad times as well as the good. It will also take voters to have the courage to ignore the siren call of the boxes of the three main parties on the ballot papers and maybe vote Independent, UKIP or Libertarian.

The EU machine has grown comfortable with dealing with all the major parties in Europe. They take ex-domestic politicians for this purpose. They then get to know which levers to pull. With a whole new party in power this would change.

Whether Turkey should be in the EU or not is one question. But why is it than when someone joins our EU club they then have carte blanche to come into our house whenever they like, whether or not they bring something to the party?