Yesterday, July 9 2009 I attended the Iranian, anti-Islamic regime demonstration at Mel Lastman Square in Toronto. I would estimate the attendance at around 2000 persons. There was an underlying concern that the annual demonstration [that pays homage to the 18 students killed during the 1999 protests in Iran], would be hijacked by supporters of Mousavi. This turned out not to be the case. The Mousavi supporters kept to the sidewalk of Younge street showing signs asking  passersby to honk in support of freedom and democracy in Iran while the real demonstration went on in the square proper. 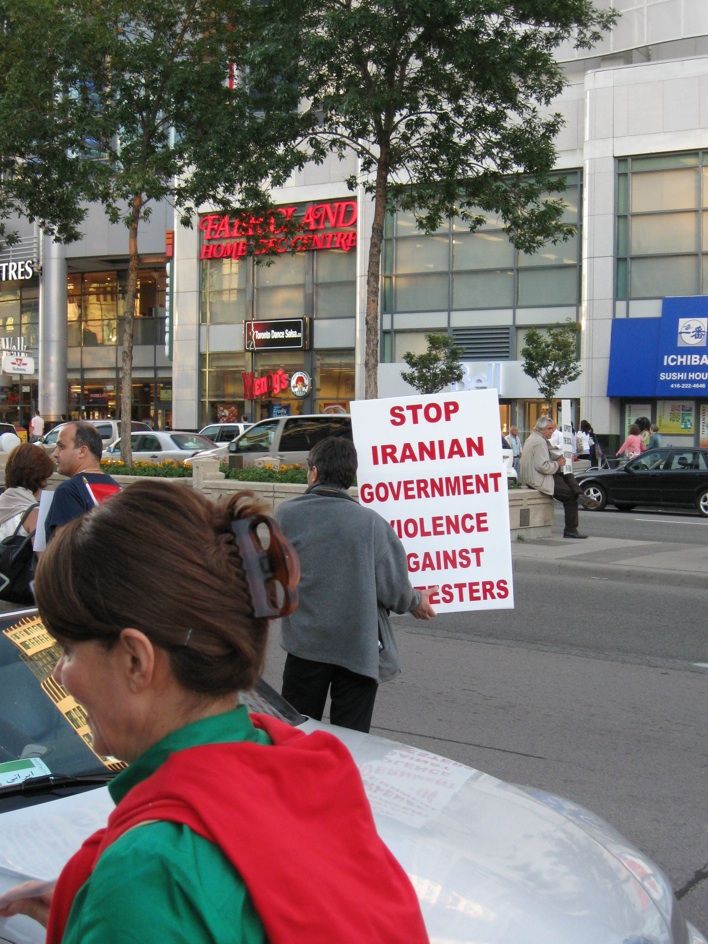 There was none of the headbutting I expected and all seemed more interested in listening to their respective speakers than arguing opposing views. This I will chalk up to the absence of traditional Muslim garb worn by men and I saw not one burka in attendance. The police presence that consisted of two cops on bicycles was far less than I expected, so I am happy to report no violence in during the event. 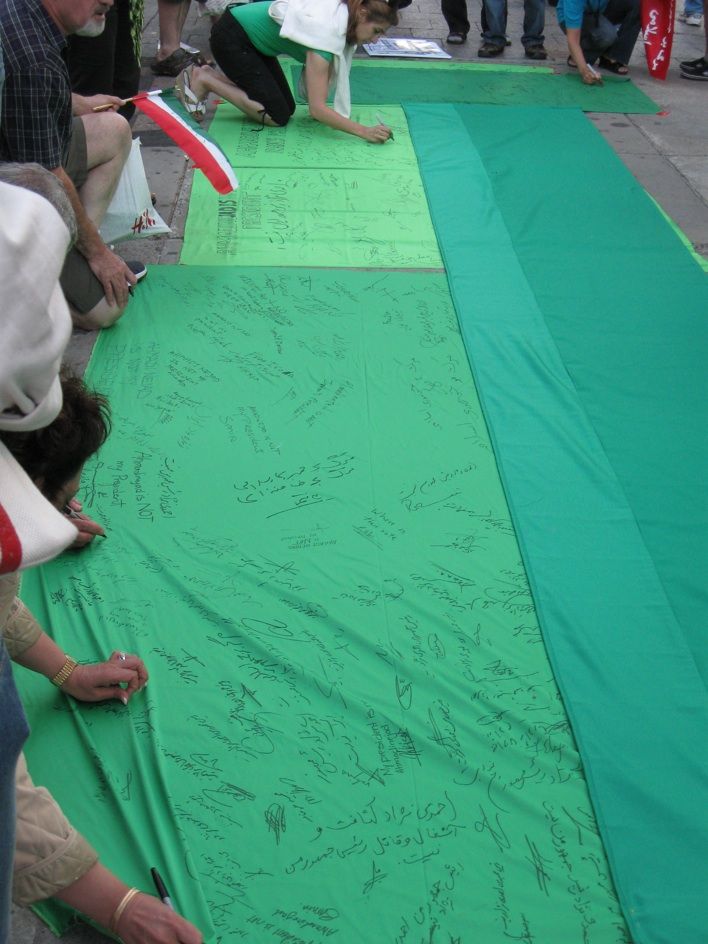 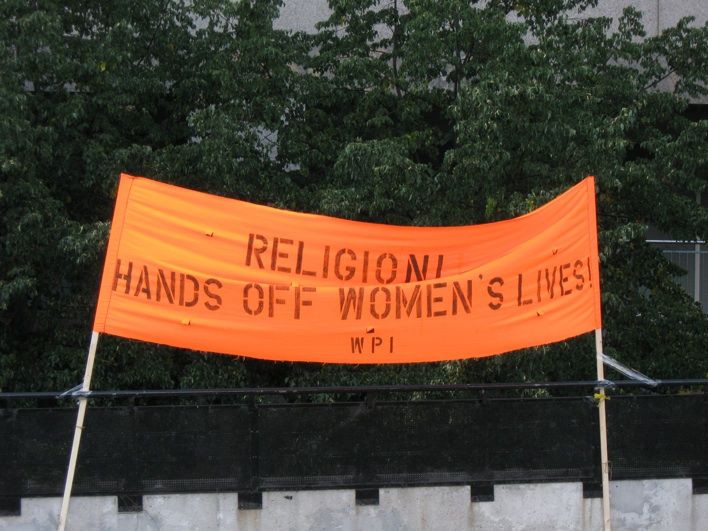