UPDATE! Savage suing the home office of the UK for banning him in association with neo Nazis and radical Muslims.

A U.S. radio presenter who is included on the Home Office’s list of 22 people banned from entering the UK is suing the British Government for defamation.

Mike Savage told the San Francisco Chronicle that being included in such a crowd is no laughing matter – and he is now preparing legal action against Home Secretary Jacqui Smith.

‘This lunatic…is linking me up with Nazi skinheads who are killing people in Russia; she’s putting me in a league with Hamas murderers who kill Jews on buses,’ he said.

‘I have never advocated violence. I’ve been on the air 15 years. My views may be inflammatory, but they’re not violent in any way.’

Once again we see truth is not an issue when it comes to the need to create the illusion of equality of all religions and cultures. The UK has outright banned an American with no criminal record merely for his opinion on a book. Do not dismiss this story even though the British press release tries to downplay this by showing a list of ‘also banned’ which inclue the reasonable. There is no disguising totalitarian suppression of speech by the ‘purloined letter method’. 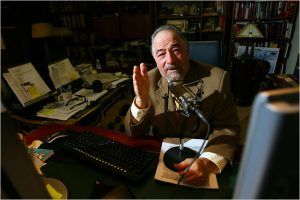 For the first time, Britain on Tuesday published a list of people barred from entering the country for allegedly fostering extremism or hatred, including Muslim extremists, a right-wing American radio host, an Israeli settler and jailed Russian gang members.

Home Secretary Jacqui Smith said she decided to publish the names of 16 of 22 people who have been banned by the government since October so others could better understand what sort of behavior Britain was not prepared to tolerate. She cited unidentified “public interest” reasons for not disclosing the other six names.

“I think it’s important that people understand the sorts of values and sorts of standards that we have here, the fact that it’s a privilege to come and the sort of things that mean you won’t be welcome in this country,” Smith told GMTV.

Popular American talk-radio host, Michael Savage, who broadcasts from San Francisco and has called the Muslim holy book, the Quran, a “book of hate” is on the list. Savage also has enraged parents of children with autism by saying in most cases it’s “a brat who hasn’t been told to cut the act out.”

The British government previously acknowledged that Phelps was banned. His daughter, Shirley Phelps-Roper, also was banned. The pair have picketed the funerals of AIDS victims and claimed the deaths of U.S. soldiers are a punishment for tolerance of homosexuality.

Yunis Al-Astal, a Hamas lawmaker in Gaza, and Egyptian cleric Safwat Hijazi are on the list. So is Israeli settler Mike Guzovsky, who Britain’s Home Office said was involved with military training camps.

Artur Ryno and Pavel Skachevsky, two leaders of a Russian gang, are barred from entering Britain. They were imprisoned for 10 years in Russia last year for their role in racially motivated killings of 19 people.

2 Replies to “Michael Savage barred from U.K. for saying Koran is a book which inspires hate.”