I have no idea if this story has any veracity whatsoever but its a truly cool picture! 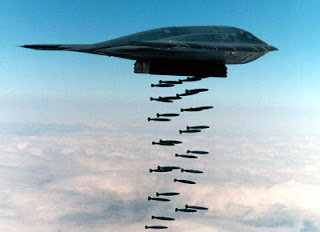 De Telegraaf, The Netherlands biggest newspaper, reports today about a Dutch spy operation in Iran (NL). For years, the Dutch intelligence service, named AIVD, had “an ultra secret operation in Iran with the goal to infiltrate and sabotage the military weapons industry of the Iranian republic”.

The operation has however recently been canceled because of Americans plans to bomb Iran. The newspaper reports that the list of targets would include sites that are part of the Dutch spying operation, thus the Dutch withdraw their spy.

According to the newspaper an attack by American UAV’s on Iran is expected in a few weeks. The US government has already given the green light for the attacks. The target list does not only include nuclear facilities but also other military installations.

Writers of the Telegraaf story are Joost de Haas and Bart Mos. The two journalist have reported earlier about the Dutch security services involvement with Hollands best known Drug lord who bribed police and justice officials. For that story they got arrested and incarcerated after they were unwilling to give up their source at the Dutch intelligence service (AIVD).

My two cents: I don’t think the Americans, or any other country, have enough UAV’s that are capable to do such a large scale strike that will be needed to destroy the Iranian nuke program. But then again, I’m not a military expert… UPDATE Here is a video on this matter added Sept 1 2008