A number of people have asked me about, or insisted I watch the free internet movie called ‘Zietgiest’ when no one else was around to hear them ask. I don’t blame them. It’s the kind of movie people should be embarrassed about having seen or wanting others to watch.

As it has happened a number of times now I felt it was worth publishing a few opinions on this slick and arguably even dangerous but certainly dishonest bit of propaganda.

It begins with a number of minutes of images and sound that appear to have been designed by a psyche 201 student to render a viewer into a suggestive state. Any book on hypnosis will well describe the tactic used. For the thinking person its merely annoying but for many it does lead the unsuspecting into a suggestible state so that the ideas and images that follow are more easily accepted. This obviously has some effect as so many facebook groups and fan sites exist.

Next it gives a version of the facts with respect to religious icons. A very clever and largely factual but not totally accurate history of the various myths that comprise Christianity especially relating the story of Jesus to that of various ancient Greek Roman Egyptian and other ancient gods and legends. Of course for the religious Christian this will be infuriating but there is a great deal of truth to this section of the film although the same idea is done much much better and more honestly in many available documentaries on this history of religion. 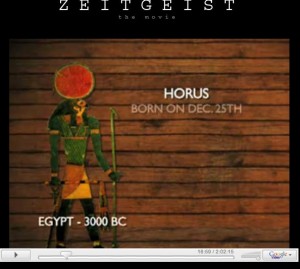 The purpose of the second section is not to educate on secular history of religious figures but to create a sense of doubt and distrust to western civilization itself. So it reiterate, while this section of the film is largely true its the intent of it which is at issue, that is to cause distrust, suspicion, and make room for contempt of all authority in the western world religious and otherwise.

Interestingly Islam is not covered in the blanket smear of religion.

Then it moves on to allaeging the attacks of 911 was done by insiders within the US government and possibly Jews. It cited ‘experts’ who it does not name for some time but shows brief moments of them speaking authoritatively to groups of people in a classroom setting wearing a tweed jacket and glasses.

Eventually they give the names of the experts attempting to demonstrate that 911 was an inside job and it’s well worth the trouble to google. Its the same fellow who sells books which claim the Queen of England is really a reptile. Literally. 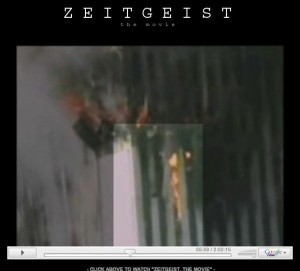 lastly it attacks the US monetary system exacerbating popular myths about the way the banking system works and the central bank of the US. In fact it may have been this movie which started all the legends about how the American central bank caused massive problems and wars in order to advantage certain families. Again, this smacks of fairly classical anti seminitsm which is a subtle theme throughout the film.

By all means watch it if you have not its a good laugh if you can tolerate the boredom. But keep your critical faculties well oiled. This movie personifies the expression ‘The half truth is the damned’est of lies’ as it really works hard to deceive using the odd loose fact and 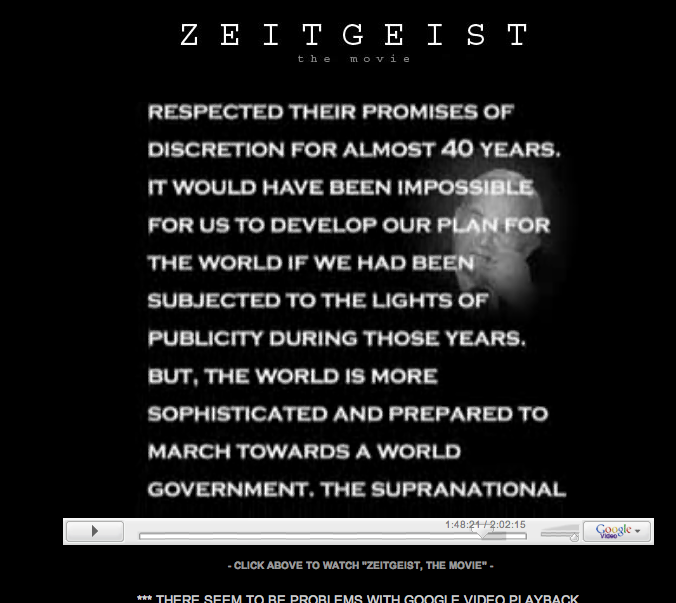 out of context. (Below we have a random smattering of one worlder nonsense where a cartel of international bankers conspire to enslave the world.) 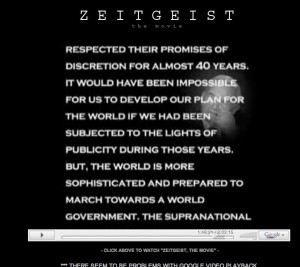