This is Iran under the Islamic Republic government:

City in Zanjan, Iran told ISNA reporter that they have killed over 2400 dogs and stated dogs as “Insidious animals” and said that  killing them is beneficial…
via Bahman Saghaei 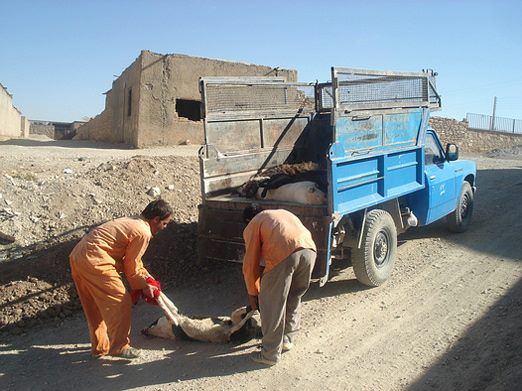 5 Replies to “Extinction operations in Iran”