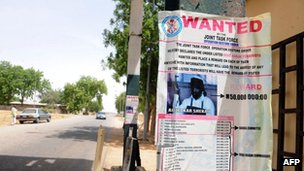 Fifty-five people have been killed in the north-east of Nigeria in co-ordinated attacks by the Boko Haram militant group, the Nigerian army says.

It said 105 prisoners were freed in the pre-dawn raid in Bama, Borno state.

Bama’s police station, military barracks and government buildings were burned to the ground, said the military and witnesses.

Correspondents say extremist attacks are common in the region but the scale of bloodshed makes this raid stand out.

This strike – coming on the back of other deadly attacks – undermines the suggestion that the military operation against the militants has diminished the threat they pose, says the BBC’s Will Ross in Lagos.