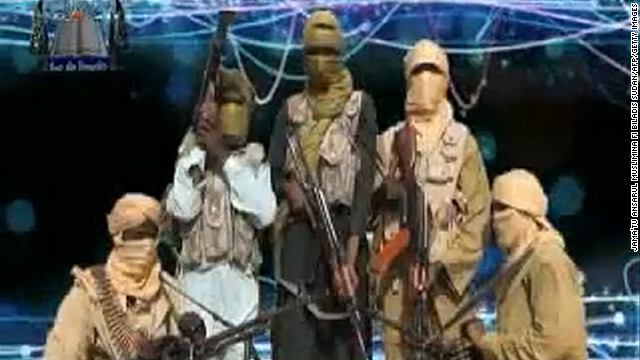 An image released by the radical Islamist group Ansaru reportedly shows members posing at an undisclosed place in 2012.
STORY HIGHLIGHTS

(CNN) — Britain, Italy and Greece on Sunday confirmed that hostages from their countries were among seven construction workers reported killed in Nigeria over the weekend.

“This was an act of cold-blooded murder, which I condemn in the strongest terms,” British Foreign Secretary William Hague said in a statement announcing that a British construction worker was among the dead.