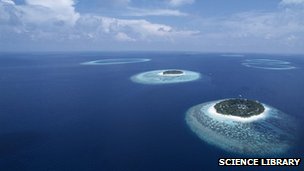 Rights groups have urged the government to abolish the punishment

A 15-year-old rape victim has been sentenced to 100 lashes for engaging in premarital sex, court officials said.

The charges against the girl were brought against her last year after police investigated accusations that her stepfather had raped her and killed their baby. He is still to face trial.

Prosecutors said her conviction did not relate to the rape case.

Amnesty International condemned the punishment as “cruel, degrading and inhumane”.

The government said it did not agree with the punishment and that it would look into changing the law.

Zaima Nasheed, a spokesperson for the juvenile court, said the girl was also ordered to remain under house arrest at a children’s home for eight months.

“…It is happening frequently – only last month there was another girl who was sexually abused and sentenced to lashes.”