Reza Kahlili served in the CIA Directorate of Operations, as a spy in the Iranian Revolutionary Guard and counterterrorism expert 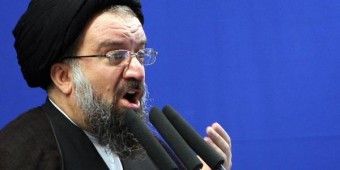 The threat was the latest verbal assault that started last week, when the supreme leader of the Islamic regime, Ayatollah Ali Khamenei, in a speech to Iranian researchers and academics, said the world was on the verge of major political and social changes, with Islam playing a major role.

Then on International Quds Day, every regime official from the supreme leader and president to military commanders openly called for the annihilation of Israel.

4 Replies to “Ayatollah: We will burn Tel Aviv ‘into ashes’”