Police say two teenagers jumped to their death from a mobile phone tower in Bangladesh after the girl was forced to marry another man.

Police officer Sharmin said the boy called his brother and said the two were dying on Valentine’s Day to stay together forever. The teens tied their hands with a scarf before committing suicide today.

It happened in the town of Gopalganj, 104 kilometres (65 miles) southwest of the capital. 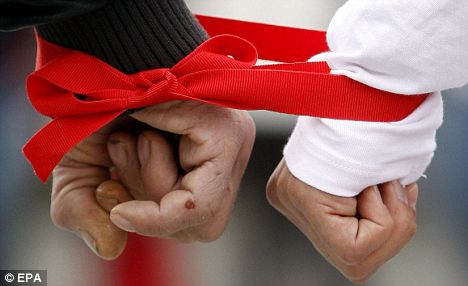 Bond: The two teens tied their hands together and leaped to their deaths (file picture)

Sharmin quoted the families as saying the girl was married two months ago and sent to her husband’s home in Dhaka, the country’s capital.