From the Mail Online

The first part of Park51, the controversial Lower Manhattan Islamic community centre, is opening on Wednesday with an art exhibition featuring photographs of children.

Just a few blocks away from the site where the Twin Towers once stood, the exhibition marks Park51’s first big public event.

It comprises portraits of children from 169 countries who now live in New York and its opening coincides with the United Nations’ International Day of Peace. 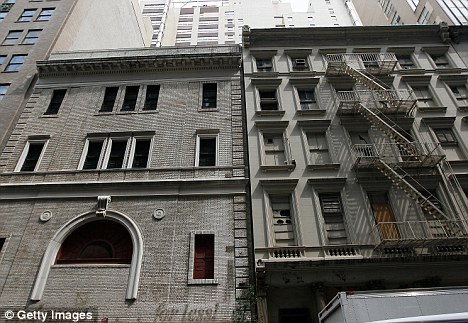 Controversial space: The buildings that are to become the Park51 mosque and cultural centre, just two blocks from where the twin towers stood before the 9/11 terror attacks

Katerina Lucas, Park51’s chief of staff, said: ‘It is a huge step forward. I hope it shows we are about inclusion, not exclusion.’

When plans to build a high-rise Islamic institution were announced last year, critics angrily pointed out that it was insensitive to have the mosque so close to the site attacked by Islamic extremists.

There was heated opposition from various politicians and some families of 9/11 victims.

Pamela Geller, editor and publisher of a blog called Atlas Shrugs, has been one of the most vocal opponents of the project.

Miss Geller organized a protest of Park51 on the tenth anniversary of 9/11 and says she is appalled at the organisation’s decision to highlight the photographs of children. 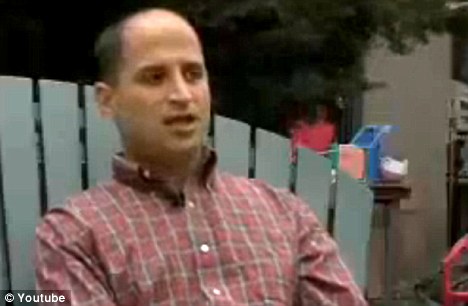 Opening the show: A photographic exhibition by Danny Goldfield featuring portraits of children from 169 countries is Park51’s first public event

She said in an email to CNN: ‘It is an obvious and cynical attempt to manipulate public opinion and divert attention away from the Islamic supremacist ties, shady financial dealings, and contradictory statements of the mosque organizers.’

There had been rumours that the project had been put on hold, but Park51’s photography exhibit shows it is quietly moving forward.

The project has rasied $70,000 raised in under two months via KickStarter.com, a funding platform for creative projects.

The developers, led by Park51 Chairman Sharif El-Gamal, have hired a staff of six and continue to hold Muslim prayers at the space just north of ground zero. 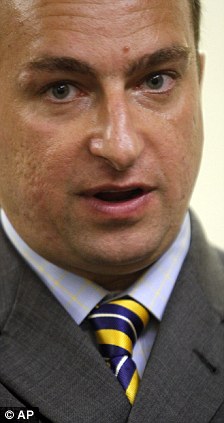 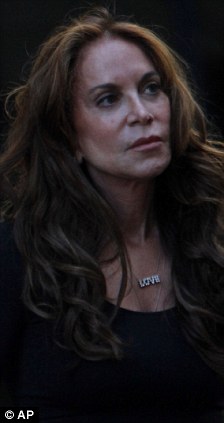 But they are not setting a timeline for construction.

In June, El-Gamal parted ways with Imam Feisal Abdul Rauf, the cleric who had been the public face of Park51, over a difference in vision.

Rauf is now focusing his energy on establishing a Muslim centre in Chautauqua, New York.

Park51’s planners say they are committed to their original Lower Manhattan location and are looking to raise $7 to $10 million in financing.

Miss Lucas said: ‘We have broken some ground, but there are still many hurdles.

She said the upcoming photography exhibition is about showcasing the diversity of New York City, which includes Muslims.

‘Islam is not about extremism,’ she said. ‘We can have a meaningful dialogue across religions.’

It’s a message shared by Danny Goldfield, the Brooklyn artist behind the exhibit.

He got the idea for his children-focused series while driving from Los Angeles to New York in 2003, right after the war in Iraq started.

El-Gamal said: ‘I met Danny Goldfield when Park51 was still a new idea. I said his photographs should be the first event at Park51.

‘I am proud to say the idea has been realized. Opening this incarnation of the community centre is a fantastic accomplishment.’

While his pictures have been on display before, this is the first time he has shown them all at once.

The exhibition will be open for nearly three months.

More than 700 people have been invited to the opening.