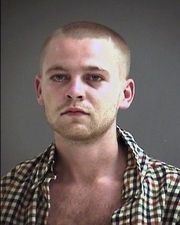 CA.News: CORVALLIS, Ore. – Police have searched a home near the Islamic centre in Oregon, that was torched two days after a Somalia-born teenager was arrested in a plot to kill thousands at a Portland Christmas tree lighting ceremony.

Court documents say 24-year-old Cody Crawford and his mother live in the home 200 feet (60 metres) from the Salman Alfarisi Islamic Center. The search was conducted Monday, a day after someone tried to burn the place of worship.

The FBI says no one has been arrested.

The FBI has been looking into whether the arson was in retaliation for the alleged bomb plot at Portland’s Pioneer Courthouse Square last month. The suspect in that case sometimes worshipped at the centre.