Photo courtesy of fred at www.gayandright.blogspot.com Fred is in Spain now and its worth checking his site for his impressions. Also, here is a link to a news story about the cancelation of a holocaust memorial in Spain. Apparently, because Israel was commiting one in Gaza. I really am disapointed that national governments are allowing themselves to make comparisons between carefully executed defensive actions to prevent themselves from bieng attacked daily to the systematic utter elimiation of a people, something Israel could do within 15 minutes should it choose to.

Really, as  yourselves, if Hamas had a few nuclear weapons how and when would they use them? If you are honest with yourself, any comparison between operation cast lead and a holocaust is dishonest at best. 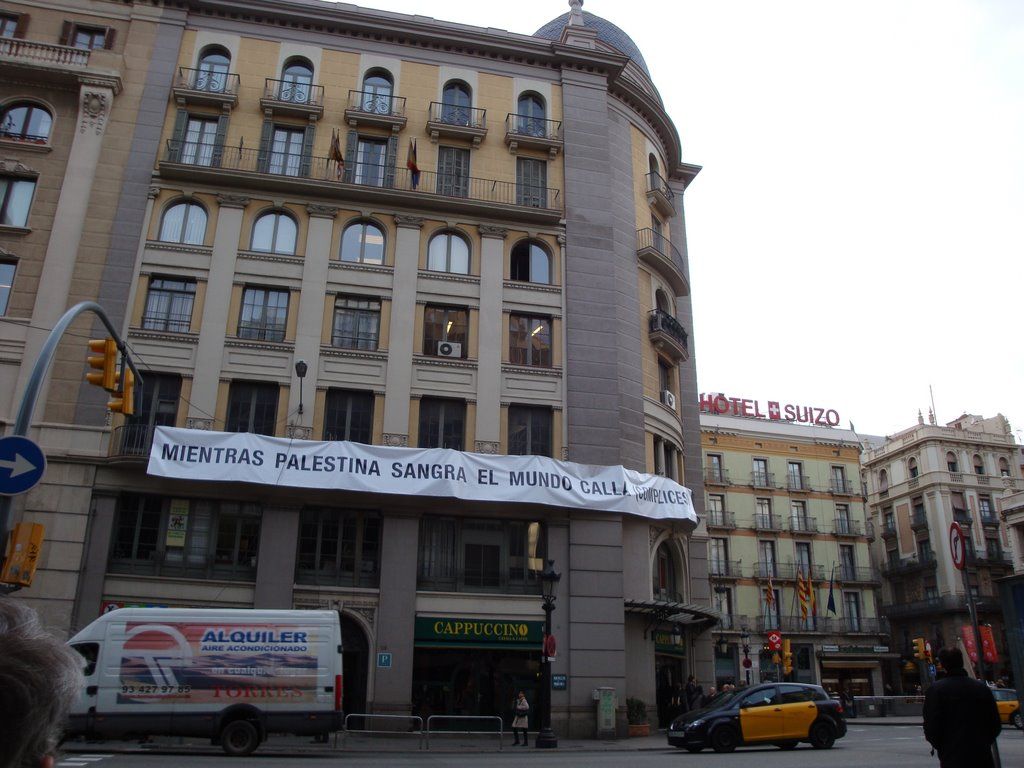