Qadi Iyad (d. 1149), the great Almoravid jurist, from his seminal Ash-Shifa, which includes one of the most authoritative analyses of Islamic blasphemy law’s treatment of non-Muslims: “Once Islam was firmly established and Allah had given it victory over all other religions, any such detractor that the Muslims had power over and whose affair is well-known, was put to death.”

There is an intensifying global campaign to impose Islamic blasphemy law on non-Muslims, including those living outside Islamdom, in non-Muslim societies.

What follows are ten key points on the doctrinal origins and practical implications of this global campaign:

1)      According to the Sunna (the traditions of Muhammad and the early Muslim community), by using foul language against the Muslim prophet Muhammad, Allah, or Islam, the non-Muslim transgressors put themselves on a war footing against Muslims, and their lives became licit (such as the poet Kaab b. al-Ashraf, who composed poems denigrating Muhammad, and was assassinated). [see 1.1, 1.2, 1.3] 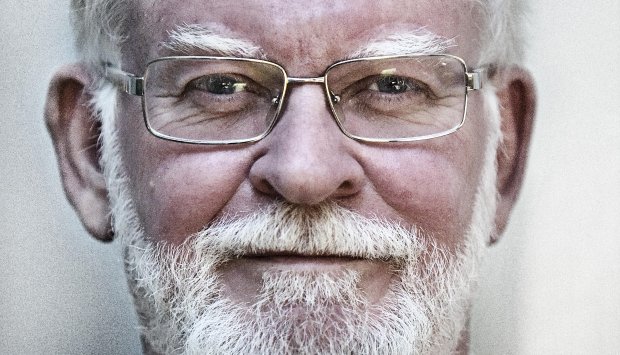 Last week I noted how Michael Coren of Canada’s Sun TV was far bolder than any of his US television network colleagues in dealing with Islam’s threat to Western free speech, epitomized by Coren’s interview of Danish journalist and historian Lars Hedegaard, who survived an assassination attempt by a likely Muslim assailant, still at large. No such interview with public airing on television was conducted by any major US television network-ABC, NBC, CBS, Fox News, CNN-not even the self-proclaimed “alternative” to “stultifying political correctness,”  and “champion” of free speech, The Blaze TV.

Emphasizing, yet again, the ongoing, complete dereliction of duty of not only the mainstream legacy media, but so-called conservative outlets such as Fox News and The Blaze, Michael Coren opened his follow-up interview  of Lars Hedegaard, yesterday (2/15/13), with this observation:

Lars Hedegaard, founder of Denmark’s Free Press Society, speaks from a secret location after an attempt on his life
21 Comments Douglas Murray 16 February 2013

The assassin came to his home dressed as a postman. When the historian and journalist Lars Hedegaard opened his front door, the man — whom Lars describes as ‘looking like a typical Muslim immigrant’ in his mid-twenties — fired straight at his head. Though Hedegaard was a yard away, the bullet narrowly missed. The mild-mannered scholar (70 years old) then punched his assailant in the head. The man dropped the gun, picked it up and fired again. The gun jammed and the man ran off. More than a week later, he has yet to be found.

Hedegaard has had to leave his home and is under police protection at an undisclosed location. A week after the attempt to murder him we manage to speak by phone.

‘We have had quite a few attempts to silence people here. [The Danish cartoonist] Kurt Westergaard was almost killed a couple of years ago by a man from Somalia who came to his house and broke into it with an axe and tried to kill him. We still have prominent politicians under police guard, the former leader of the Danish People’s Party Pia Kjærsgaard, and also the former Conservative politician Naser Khader, who is of Syrian descent, a liberal Muslim. And now me.’

Expert on free expression: ”Nothing but an outright lie”

The February 5th assassination attempt on Lars Hedegaard, editor-in-chief of Dispatch International, was reported all over the world. There was a remarkable difference, however, between the way in which the Swedish media and international media handled the news. While international media systematically called Hedegaard “an Islam-critic”, or even “prominent Islam-critic”, Swedish media chose just as systematically to use the loaded term “enemy of Islam”.

”Lars Hedegaard, once convicted for racism, has been subject to an assassination attempt. An unknown man reportedly shot at Hedegaard outside his Copenhagen home.

”The author Hedegaard is one of the few Danes who is a certified racist, as he some years ago was fined by a High Court for having stated in a blog interview that Muslim fathers rape their children. He was later acquitted by the Supreme Court.”

The truth is that no conviction of Lars Hedegaard was upheld. The charges under to the Danish “racism clause” were rejected without dissent by the Supreme Court, which thus invalidated the High Court conviction.

Thank you Cecile for your translation

This is a very important event. Western nations have some choices to make that should not be difficult if they are based on law and principle. But will in fact be staggeringly difficult as most of our nations are in fact built on opportunism and corruption in some ways.