Thank you to Sandra Solomon for painstakingly going over this video and translating it for us. The rest of the original video appears to be in Bengali, or a language other than Arabic.

(Anyone think he may be on to something? For anyone unsure, this clip from Belgium might help explain the words of the Buddhists in Burma. There was a clip of the spokesperson for Sharia 4 Belgium we uploaded a few years ago explaining how some muslims will use democracy to take over and then implement the sharia and others will do it by force. Small distinction he explains. Looking for that clip now. Was filmed by the Christian Action Network and edited by VTB)

I don’t understand exactly what triggered this round of attacks. Are they retaliatory? Was a gang rape or murder of a Buddhist nun etc. the first spark? Or was it actually an orchestrated hate-crime against the peace loving and much-contributing muslim population of Burma.

According to Irrawaddy, a muslim attacked and stabbed a Buddhist with a pair of scissors during an argument, in his eye. Four muslims where involved in the attack on the Buddhist who then went and hid to avoid arrest. And then, as usual, from a muslim perspective, the fight started when they hit us back.

But let’s say that indeed this was a peaceful and cooperative community of muslims who enrich Burmese culture a great deal with their piety, education, forward thinking and kindness as we are so accustomed to in large muslim communities elsewhere. Then I have a solution for them. The good muslim victims in Burma should look to one of the over 50 nations in the Organization of Islamic Cooperation and move there. They must teach the Burmese a harsh lesson and the best way is to deprive Burma of the wonderful enrichment that a large community of muslims brings wherever it goes. One can only imagine the sorrow that the general Burmese community would feel when women’s rights and individual freedoms would suffer a blow like that.

Imagine. It would mean tons of hospital closures. Certainly the Royal Burmese Ballet would end with no great dancers or patrons left. No more brilliant architecture and no new major art galleries. No more great inventions and medical advances credited to Burma and its people.

Yes, its harsh, but clearly the best solution. If I were a Burmese muslim, I would be calling the movers right about now.

How long till Anjem Choudary’s meat puppets demonstrate in front of the Indonesian embassy for the muslim right to attack the unbeliever in jihad? My guess is under a week.

Stories are here and here

The pictures from October last year show dead children with their heads cut open and the bodies of women with their internal organs spilling out of their torsos.

Wirathu said he put them up as a reminder to Buddhists that the country is under attack from Muslim “invaders”.

“Muslims are only well behaved when they are weak, ” he said. “When they become strong, they are like a wolf or a jackal, in large packs they hunt down other animals.”

Wirathu believes there is a Muslim “master plan” underway to turn Myanmar into an Islamic state.

Burmese Buddhists ask the UN, which is really just the OIC, to get out of Burma after fresh clashes between Buddhists and Muslims in the North West of that country.

When one defends oneself against Islamic manifest destiny, suddenly one is a ‘radical’. Its time to dismantle the press and start over altogether.

YANGON (Reuters) – A bomb exploded meters away from a radical Buddhist monk as he delivered a mass sermon in Myanmar, police said on Monday, the latest flare-up in tensions pitting Buddhists against minority Muslims.

Wirathu, the prominent monk who heads a movement accused of stirring violence against Muslims, said he believed the blast on Sunday evening in Myanmar’s second city, Mandalay, was intended to silence him.

The home-made bomb went off inside a parked car, according to police and witnesses. There was no immediate claim of responsibility.

Tensions have been smoldering between radical elements of Myanmar’s Buddhist majority and Muslims. Bouts of religious violence have killed at least 237 people and displaced 150,000 in the past year, testing the resolve of a two-year-old quasi-civilian government.

I know who I am rooting for. And yes, it is time to take sides.

28.MAY 2013-
Muslim man had doused a Buddhist woman with fuel and set her on fire.
Nay Win, aged 48, was chasing after Aye Aye Win, 24, trying to douse her with fuel. At that time, the woman was at her petrol shop near the township maternal and child welfare association office by the Union Highway.
NO INTERNATIONAL MEDIA REPORT ABOUT THE VICTIM AYE AYE WIN !!!
DO YOU THINK THERE ARE NO HUMAN RIGHTS FOR BUDDHISTS? ONLY MUSLIM?

Great to see someone fighting back. While Islam makes gains everywhere else in the world, one surprising group manages to hang on to its own culture, language, religion and territory.

And more here at ABC

Its amazing how creative you can be when you actually want a solution to a problem.

Rakhine state officials say limit on children will help ease tensions with Buddhists, whose population is growing at slower rate 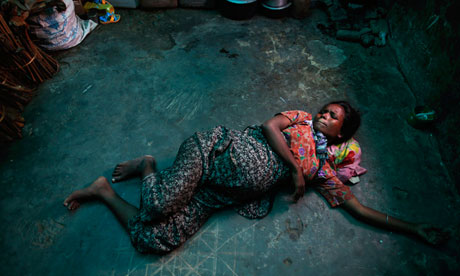 The two-child policy will be mandatory in Buthidaung and Maundaw provinces, Photograph: Damir Sagolj/ReutersMuslims in a province of Burma have been ordered not to have more than two children in an attempt by the government to stop Buddhist attacks on Muslims.

State officials said the two-child limit in the state of Rakhine would ease tensions between Buddhists and their Muslim Rohingya neighbours.

Local officials said the new measure was part of a policy that will also ban polygamy in two Rakhine townships that border Bangladesh and have the highest Muslim populations. The townships, Buthidaung and Maundaw, are about 95% Muslim.

By AYE AYE WIN Associated Press
YANGON, Myanmar May 7, 2013 (AP)
A court in Myanmar has charged six Muslims with murder for their alleged role in an outbreak of sectarian violence that shook the country in March, authorities said Tuesday, as a rights group raised concern over a judicial system that has so far failed to prosecute Buddhists who brutally hunted Muslims down in the streets and torched whole neighborhoods.

The charges issued Monday are the latest legal action against minority Muslims in the central city of Meikthila, one of several recent flashpoints for anti-Muslim violence that the New York-based group Human Rights Watch said included an organized campaign of “ethnic cleansing” in the Buddhist nation.

At least 43 people were killed and 12,000 displaced during several days of unrest in Meikhtila, which descended into anarchy as Buddhist mobs rampaged through the town and police stood idly by. Most of the victims were Muslim. Since then, authorities have detained 50 people, including members of both religious groups, but so far no Buddhists have been formally charged with serious crimes.