For the article and related info, please see this post at RAIR Foundation.

We are restoring this because of its terrible importance. Many people, most in fact, do not know about 16/18 or its importance, and would likely think you unwell or dishonest if you tried to explain it to them.

Here it is from the head of the OIC himself, Ekmeleddin Ihsanoglu, who is more clear than most of our own leaders on the intention of 16/18.

Please note that it has now been thoroughly established that the attack on the US Embassy in Libya was a well planned terrorist attack by Islamic groups and had nothing whatsoever to do with the short and badly made Youtube film on the life of Mohammad mentioned in the video. In fact, that video only had 13 views at the time that the attack happened, which leads many to suspect that the Obama/Clinton admin had created the film as kind of false Cases Belli for this event or one like it. Possibly to advance the implementation of Islamic blasphemy laws within the USA.

Subsequent to this, we have seen Canadian Parliamentary motion M103 be adopted and financed, and many other nations around the world, including Austria and the EU adopt saleable laws which clearly are meant to conform to UN 16/18, although typically renamed into something that the locals can accept. 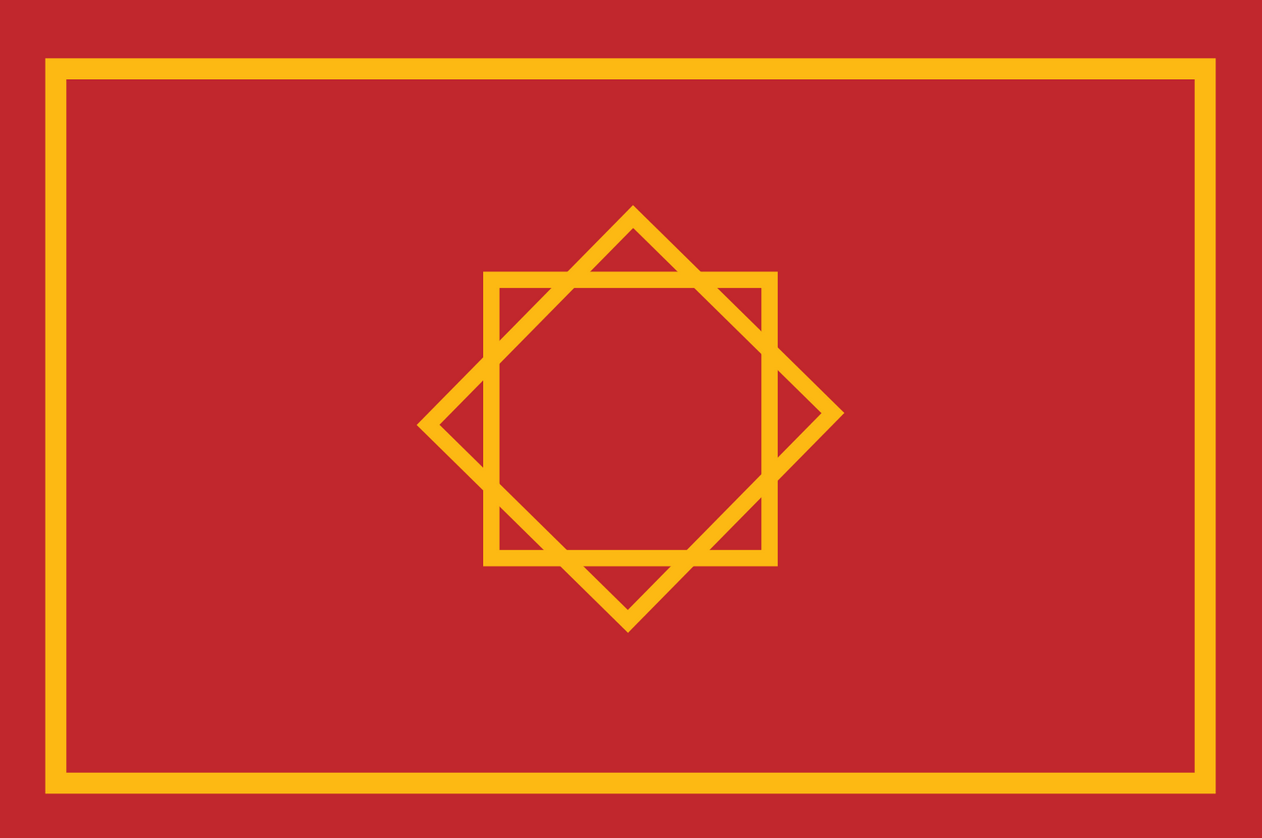 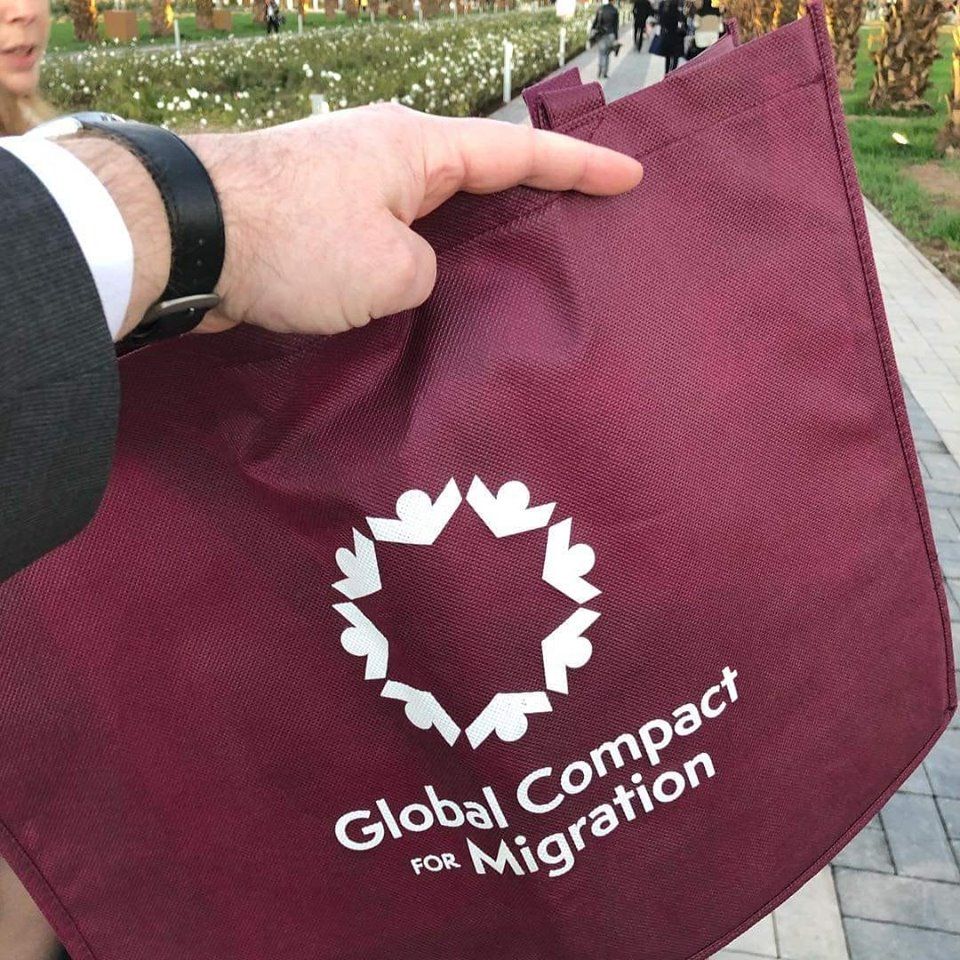 Many thanks to Ava Lon for the translation.

This comment just came in from Stephen on the post about the OIC and Canada’s delegate to the meeting in the Ivory Coast.

I read this post with particular interest because we are presently vacationing in Canada, in Whistler, BC. As an American I am keenly interested in the path Canada is going down. The news that a senior administration official is gong to visit the OIC, with the stated purpose of

“The OIC council meetings will offer Canada a distinct opportunity to raise and advance our core values, including human rights, freedom, democratic governance and the rule of law.”

I thought I should point out some factual information the senior official could use.

For convenience, Articles 24 and 25 can be reduced to a single statement to guide the senior official:

“Human Rights are defined as shariah law for the purpose of any analysis involving the OIC, a Member State, or initiatives reasonably arising from either — including all entities claiming Islamic law as the basis of law, including all elements of the Islamic Movement, the Muslim Brotherhood, ISIS, and al-Qaeda.”

In summary, when analyzing any “core values, including human rights, freedom, democratic governance and the rule of law” the senior official should remember that those can ONLY be addressed in terms of what Islamic law permits them to mean! Islamic law is the ONLY criterion by which a determination can be made in the event of any dispute requiring resolution.

I can only hope that Canada can learn from the nightmare that Europe is experiencing with its open-door immigration policy and avoid the same pitfall.

I believe that Canada’s PM Trudeau is in fact looking for the same results as European nations with open borders. He met for dinner last month with Obama as did Merkel. Clearly there is joint purpose as their is clearly parallel policies.

Here is the official announcement:

Source: Government of Canada by organisation 2

Omar Alghabra, Parliamentary Secretary to the Minister of Foreign Affairs (Consular Affairs), announced today that he will visit Abidjan, Côte d’Ivoire, from July 10 to 11, 2017, to attend the 44th session of the Council of Foreign Ministers of the Organisation of Islamic Cooperation (OIC). The council’s central theme this year is Youth, Peace and Development in a World of Solidarity.

During his visit, Parliamentary Secretary Alghabra will have the opportunity to meet with OIC member states and enhance Canada’s engagement with the organization.

The OIC council meetings will offer Canada a distinct opportunity to raise and advance our core values, including human rights, freedom, democratic governance and the rule of law.

Who exactly did Trudeau send to the OIC meeting?

A new article by Sonia Bailey

First published at Gates of Vienna:

The following guest-essay by Sonia Bailley concerns the demonic convergence of the Al Qaeda and OIC timelines — which is occurring RIGHT NOW. 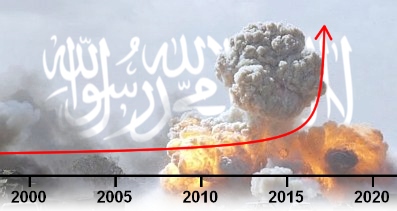 Summary: With the convergence of two Islamic timelines (al Qaeda, OIC) to destroy the West culminating THIS month (the OIC’s timeline ending Dec. 9th), along with the Muslim Brotherhood’s engagement in violent jihad, as opposed to the softer jihad of dawah (inviting non-believers to Islam, meant only as a preparatory phase to violent jihad), Westerners, as predicted by Major Stephen Coughlin, are in for the biggest shock of their lives in the dark times ahead, beginning this week, especially now that the caliphate has been re-established.

These two Islamic timelines, in addition to two Muslim Brotherhood documents — all of which were ignored by Western leaders — are mobilizing jihadists worldwide. The Muslim Brotherhood’s primary mission of dawah, which shakes the identity and faith of Westerners, making them more vulnerable to Islamic conversion and submission, has reached its goal and is ready to be superseded by the next jihad phase, that being all-out war, or violent jihad. All Islamic groups are working together to wage violent jihad on the West. Their intention to do so began ever since the first caliphate was abolished in 1924. 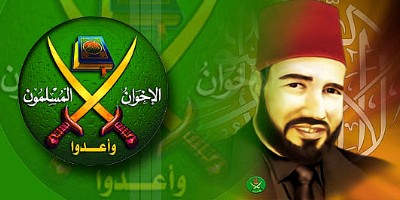 All-out war with the West has begun. With the culmination of two Islamic timelines imposing Islamic law or Sharia worldwide converging this month, in fact one this week, things are bound to get worse. More deadly terror attacks are expected worldwide as a result of this, as forecasted by Major Stephen Coughlin, a former U.S. army intelligence officer and Pentagon expert on Islamic law of jihad. The timelines are building momentum in parallel, with one plan using violent jihad to destroy the West, and the other using soft jihad to destroy Western civil liberties through the use of Sharia-compliant UN resolutions and hate speech codes to curtail any discussion or analysis of Islam.

Al Qaeda’s 20-year plan to violently impose Sharia on the West in stages is just entering Phase Six (2016-2020) of “Total Confrontation”. This timeline, hatched well before 1996, was known to the West for ten years.

The Organization of Islamic Cooperation, the largest voting bloc at the UN (comprising the world’s 57 Islamic states) proposed a Ten-Year Programme of Action (at a two-day summit in Mecca concluding on Dec.9th) to internationally criminalize any criticism of Islam or so-called Islamophobia, culminates this week (December 8th and 9th).

Click over to Gates of Vienna to read the brilliant reply to the OIC given by the leader of the Czech republic, when an apology was demanded of him. 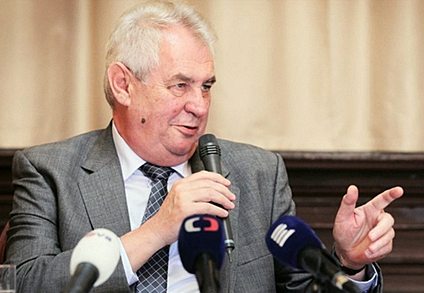 As I mentioned a couple of weeks ago, President Miloš Zeman of the Czech Republic had some forthright things to say about Islam at a closed-door reception to celebrate Israel’s Independence Day. The Organization of Islamic Cooperation (OIC) took note of Mr. Zeman’s speech, expressed its disappointment and disapproval, and demanded an apology.

True to form, the Czech president has declined to apologize for his words, giving a sound theological justification for his decision. Our Czech correspondent Gemini has translated the quote released in the Czech media, and includes this note:

And what a coincidence! This bomb, which was discovered and never went off, was placed near a notoriously friendly mosque and happened just as the OIC is conducting its meeting with many heads of state to get them to sign a bill demanding that in each of our countries, we implement laws criminalizing criticism of islam. Ending the first amendment in the USA, and making sure that what are tantamount of medieval blasphemy laws, (but will only apply to islam) are rigidly enforced by the agencies of state world wide.

Welcome to the new caliphate, which begins now.

Almost 40 homes close to the mosque in Walsall were evacuated after bomb disposal experts were called to the scene.

Almost 40 homes close to the mosque in Walsall were evacuated after bomb disposal experts were called to the scene.

The suspicious item was found near Walsall MosqueA suspicious package found near a mosque in Walsall was a small home-made explosive device, West Midlands Police said tonight.Almost 40 homes close to the mosque in Rutter Street, Walsall, were evacuated after bomb disposal experts were called to the scene.

The area remains condoned off, but 150 people who were moved from the vicinity are now being allowed back in their homes.

West Midlands Police said they were alerted after the item was found last night by a member of the public.

Superintendent Keith Fraser, the head of crime and operations for Walsall Police, said the incident is being treated as a hate crime but the motive for placing the item near a mosque remains unclear.

Diana West wrote this article on what seems to be the US administrations galloping implementation of sharia norms and the rapid destruction of US constitutional ones.

As I often say to myself when thinking about these subjects, ‘Rome wasn’t built in a day. But it was burned down in one’

By coincidence, I happened to have been pointed to the OIC chair’s recent interview on Al Jazeera TV published yesterday and noticed that while he is a very smooth talker, his arguments are rather full of misdirection, lies and logical fallacies, which of course they would have to be in order to achieve the intellectual slight of hand that the OIC is working towards, namely the replacement of actual individual rights to freedom of conscience and expression with medieval blasphemy laws.

Dealing with them all would make a video that would rival The Lord of the Rings so I just chose to address a few of the less obvious ones.

The whole interview is here:

Have a really really good look at the symbol for the OIC. When you realize what it obviously means, the more difficult thing to understand is, they really really mean it.

The Organization of Islamic Cooperation has set about launching a television channel to broadcast via satellite to the whole world.

The channel will both get the general public acquainted with the Islamic divide and broadcast transmissions supporting peace. The meeting in Jeddah, Saudi Arabia, where this idea has been taken up at length was attended by OIC Secretary General Ekmeleddin ?hsano?lu and the representatives of member countries. Turkish Radio and Television and Radio and Television Supervisory Board representatives also attended the meeting on behalf of Turkey. OIC Secretary General ?hsano?lu said that setting up such a channel was something the organization should have done much earlier and stressed that it is now an inevitable necessity. He said what the OIC wants to do via this planned channel is to explain the values Islam is based on and give the message that the Prophet Muhammed was sent to mankind as a blessing.