Just for fun: In Sunday, April 3rd’s election in Hungary, Viktor Orban won a sweeping victory. According to one election map sent to me by a Hungarian friend, well here it is:

The following map I am told, is from an election volunteer, who sent it to a friend of mine. The Orange is Orban, and Blue is the opposition: 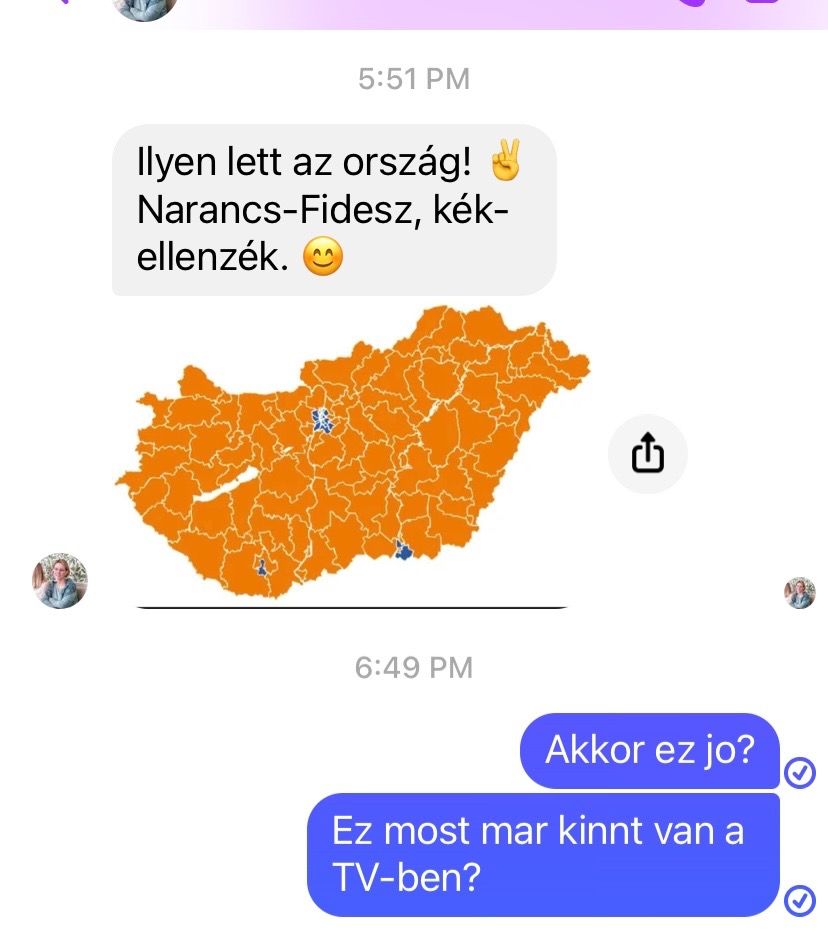 I am posting this material here, because I want to get ahead of the MSM enemy propaganda media, who inevitably will be claiming that Orban is a dictator, the election was rigged, Viktor is a Nazi and all the other noise they did in the last election. In fact, in the last Hungarian election, the New York Times actually endorsed an actual, bona-fide old school NAZI party against Orban. The Nazi party, AKA Jobbik, actually had a leader who discovered he was Jewish and left the party and became a religious Jew in Israel. At the last election, Jobbik joined up with Turkey. And the Times picked them over Orban because Orban is, you guessed it, anti-communist.

Two of Europe’s strongmen are bidding to keep their grip on power in elections that have put a spotlight on their close ties to Russian President Vladimir Putin after his invasion of Ukraine.

Sunday’s vote showed the two camps were neck and neck.

[…]Next door in Serbia, President Aleksandar Vucic is expected to have an easier path to victory, though is unlikely to repeat a landslide of two years ago.

[…]Orban, 58, who returned to power in 2010 and has shaped Hungary into what he calls his “illiberal democracy,” was quick to back the initial round of EU sanctions against Russia and opened the door to Ukrainian refugees. He balked, though, at allowing Hungary to be a conduit for weapons and stopping flows of Russian oil and gas.

After Orban vowed not to let Hungary “become a sacrificial pawn in someone else’s war,” Ukraine President Volodymyr Zelenskiy singled him out in an address to a March 24 EU leaders summit, saying it was time he chose what side he was on.

Each day at just after midnight Eastern, a post like this one is created for contributors and readers of this site to upload news links and video links on the issues that concern this site. Most notably, Islam and its effects on Classical Civilization, and various forms of leftism from Soviet era communism, to postmodernism and all the flavours of galloping statism and totalitarianism such as Nazism and Fascism which are increasingly snuffing out the classical liberalism which created our near, miraculous civilization the West has been building since the time of Socrates.

This document was written around the time this site was created, for those who wish to understand what this site is about. And while our understanding of the world and events has grown since then, the basic ideas remain sound and true to the purpose.

So please post all links, thoughts and ideas that you feel will benefit the readers of this site to the comments under this post each day. And thank you all for your contributions.

This is the new Samizdat. We must use it while we can.