There are a couple of points I think may be worth keeping in the backs of our heads as issues become more directly important to our lives and liberty. Especially because one of the enemy’s chief tactics is the manipulation of language to cause you to miss the target. Quoting a friend who specializes in this, (but I don’t know if I can attribute), “if a sniper has a target a mile away, they only have to move the end of your barrel a millimetre to get you to miss the target by a wide margin.”

I think a great deal of propaganda we get both from the other side and a lot of what we see purporting to be on our side is of this exact nature. After all, if the guy next to you on your perch is on the other side in reality, its a lot easier for him to move your sight.

Let’s begin with being for or against things at entirely the wrong level of abstraction:

Being for or against war, is a fairly deceptive false dichotomy. Obviously everyone would prefer not to have a war. But the real issue is when is the cost of not having a war is higher than having one, and how do you determine cost? When a foreign entity wishes to take over your entire culture, property and legal system, then war is probably cheaper than surrender. Still an awful choice, but there you have it. It isn’t about being for or against war per se. One may notice that the left frames it as for or against war, whenever a Western country is fighting a totalitarian leftist one. Just watch a few episodes of MASH to see that in action. You can bet Alan Alda never spent a day in a North Korean gulag. Even before WW2 lots of leftist groups protested any potential involvement of the US getting involved because the National Socialist NAZIS where allied with the International Socialists in the Soviet Union. Probably the same equation applies to internal enemies as the US constitution specifies, but the tactics would be different.

Being for or against Police is equally ludicrous. One should be pro police when they protect you, your individual rights and property and act fairly and use reality based evidence before exercising their now monopoly on force. But equally one may be inclined to be anti police when they are state thugs and act against human and individual rights on behalf of a state that has grown way past its democratic limits. As an easy contemporary example, we can see how the communist thugs of ANTIFA have major campaigns to eliminate the police altogether when the police are a line which protects individualism, but deploy them at every possibility when it is in their interests to do so. Once again, like the example of war, the issue is swapping level of abstraction to make us move the barrel of our rhetorical weapon just that millimetre needed to make us miss.

Being for or against vaccines. Now there is a fun one. Notice how much enemy propaganda refers to freedom protestors as “anti-vaxxers”? Its an informational bombardment. And our side tries to counter it by saying they are not anti-vaxxers. But that still reenforces their dialectic attack. (Dialectic in this case means using ideas and words as planned vectors of attack against classical liberalism in all forms) We explain that we are not anti-vaccine but anti-mandate. Doesn’t matter, the rhetorical weapon is framed that way dishonestly from the start after all. No one mentions that the Liberty side of this issue is not telling people they must not or may not take it. Just that they should be properly informed and make a real choice on real information and best of luck to all of us.

The facts are, vaccines are a concept. The first one was dried cow-pox viruses blown up the noses of people with a straw to immunize them against the more dangerous small pox. As far as I can tell, this was a brilliant strategy and worked very well and saved a lot of lives. But that does not mean that any concoction they call a “vaccine” must be supported, or even more traditional vaccines which turn out to have a higher cost than benefit. Once again, its cost benefit, or as doctors prefer, risk benefit of a given medication or vaccine that matters. Being against any or even all existing vaccines may not make one “anti-vaxx” as presumably if one that did what it was supposed to do without raising the all-cause deaths of the users, people would support it. And calling people “anti-vaxxers” for being against taking an experimental mRNA substance that has exactly none of the original definition of a vaccine, is a rhetorical weapon. And does not contain any useful information whatsoever. Those of you over 60 I would ask to try and remember when you where in early grade school, was there was anyone who had odd food allergies like peanut products or how many autistic/Aspergers kids there was in schools. And why there are so many now. And why there appear to be none in the Amish communities.

This brings us to the T Vs. t.

Science is a small t set of truths. In fact, if a statement or theory cannot be falsified, it isn’t science. A theory must be falsifiable in order for it to be considered science, which is one of the powerful indicators that what we have been subjected to for the past few decades is in fact, scientism. Scientism being the leftist use of scientific sounding words to make utter nonsense seem credible. It is a large part of The Frankfurt School’s Discourse theory as it happens.

Science is always changing as its understanding of reality grows through new ideas and experimentation. It is very important that the environment for science allows all ideas to be considered and tried so long as it is actually conducted with scientific rigour.

But then we have capital T truths. These would be religious or philosophical ones. For example:

The right to free speech must not be impeded by government in any way.

This would be a capital T truth. A statement that irrespective of any study or theory, none of them must ever be able to supersede this. This is why our rights are said to be given to us by God. Because if any lower authority makes or grants them, it is only a matter of time before government and industry will remove these rights as inconvenient to them. And frankly, we have seen with our own eyes these past decades how the growth of authoritarianism and loss of rights is in direct proportion to the loss of authority of religious thought.

Some argue there is an intersection between these two truths.

How that looks, is if there is some kind of germ or plague that is a threat to the collective, than collective rights must supersede our individual choices once that point is reached Once the threat to the collective is serious enough, it justifies removing individual rights. Except it doesn’t. First of all, the problem arrises that governments, who have taken control of all mass comms in most ways, get to make up what constitutes a plague of that magnitude then act on it. A careful analysis of the history of the British computer modelling liar in chief, Neil Ferguson, will show you that many attempts to justify total state control have been tried before this one. And in each one he predicted mass deaths and a full on, Monty-Python like black plague scenario. All turned out to be roughly equivalent to seasonal flus. Just like Covid.

Secondly, even if there really was that magnitude of disease or threat, it would be evident to everyone. The government’s job should be to inform everyone of the facts and best science known about the disease, and making solutions available, while keeping a robust debate going between various scientists about what it is, and how to treat it. We have many articles about the suppression of  Ivermectin, HCQ and other therapeutics on this site to belabour the point on how any possible treatment other than nothing till hospitalization, then dangerous and expensive drugs furnished by the government-media-pharmacuitical complex was the only options allowed. But for those that already get that, its the example needed here. EVEN if you think these things don’t work, the suppression of use of safe medicines while pushing untested and dangerous ones like Remdesivir makes the point.

The capital T truth must prevail. People have basic and fundamental and inalienable rights. And government must not remove them because of a germ, real or imagined, deadly or benign. When people have real information, most of them act responsibly. And those that do not get sorted out by Darwin. And no amount of regulations will change that. 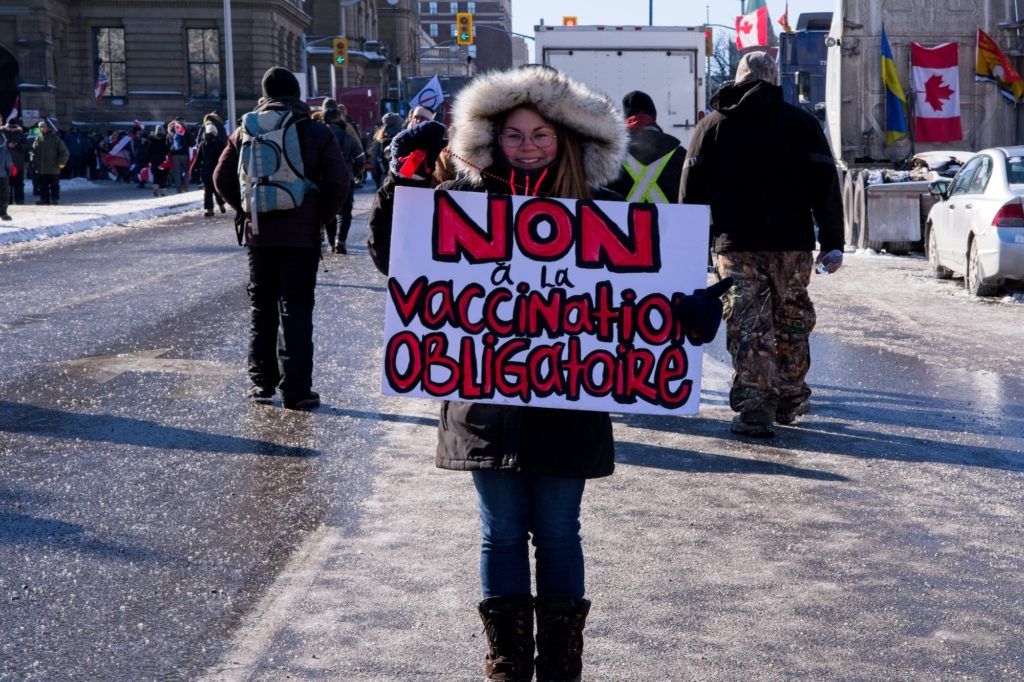 I welcome any factual corrections at all and comments or arguments on this post in the comments.