2. Twitter Swaps out a leader submissive to communist thoughts and tactics, to one steeped in them. Just like the Pope, and a swath of World leaders and state ones like Cuomo.

Intersectionality is a pure expression of Marx’s ruthless criticism. You’ll be lost if you fail to recognize that Marx’s critical philosophy, the Frankfurt School’s critical theory, or Black Lives Matter’s intersectionality effort designated as critical race theory is anything other than a pure form of Marx’s dialectically negating criticism. In fact, the Frankfurt School’s motto, “aufheben der kultur” (negate the culture), is an expression of this objective that fixes Marx in Hegel. Embedded in that motto is the Hegelian notion of “aufheben.” Today, aufhaben der kultur finds its clearest contemporary expression in the infamous “Cancel Culture.”

This raises the question:Do mainstream and social media communications on COVID19 constitute an information effort directed at the American public along Discourse Theory lines imposed as mass line enforcement narratives?

From a political warfare perspective, a case can be made that they are; that they share all the attributes of an active measures effort that combines Discourse Theory with Gaslighting in the form of ad hominem attacks masquerading as “fact-checking.” From the start, mainstream and social media imposed Discourse Theory notions of “consensus” on all communications associated with COVID19 through deplatforming and naked censorship. To review:

This excerpt focuses on Covid mass line attacks against us. But more broadly, we see a replacement of powerful people who merely played along with the communist narratives, to ones that are more actively forcing them on us. Tucker Carlson did an excellent show not too long ago illustrating this perfectly when he lamented the leaving of NY State governor Cuomo for trivial reasons. Reasons which clearly had been kept in the back pockets of controlling organizations for just such an occasion. Tucker explained how Cuomo’s leaving would be followed by a much more communistic leader, and he was. The one who says getting injected is your obligation to God, which she is an official spokesman for.

And now we see this Aufhaben, (This term was explained to me by one of our Polish-German translators some time ago as to replace a thing by gently lifting it, and sliding the new thing in its place) of Twitter leader Dorsey with what you are about to see described below. It makes you wonder if all of these people, from Pope Benedict VII, Cuomo, Bibi Netanyahu, Sebastian Kurz, And all who have left high office in mid stream for reasons which, if applied to a left wing leader wouldn’t even make 1 column inch of page 30 of the Sunday Times, haven’t been quite deliberately replaced by more ranking members of the COMINTERN. Schwab’s school for future leaders, or whatever swamp breeds these creatures. But for sure its the same one way standard, always pushing the culture leftwards, we see everywhere, and that conservatives mistake for a double standard.

It most certainly is a single standard. Anything revolutionary will be promoted, rewarded, accelerated and made to pass no matter what the legality of the actions are. Anything counter-revolutionary will be suppressed, fought, physically and personally attacked, and the law used in every conceivable way to suppress individualism, as we see in the prisoners from January 6 in DC.

So see if any of that rings true in the new Twitter policies:

UPDATE: Here is a tweet that IS allowed on Twitter today. Any tweet showing the identity of an ANTIFA terrorist actually committing a crime though, would not be. 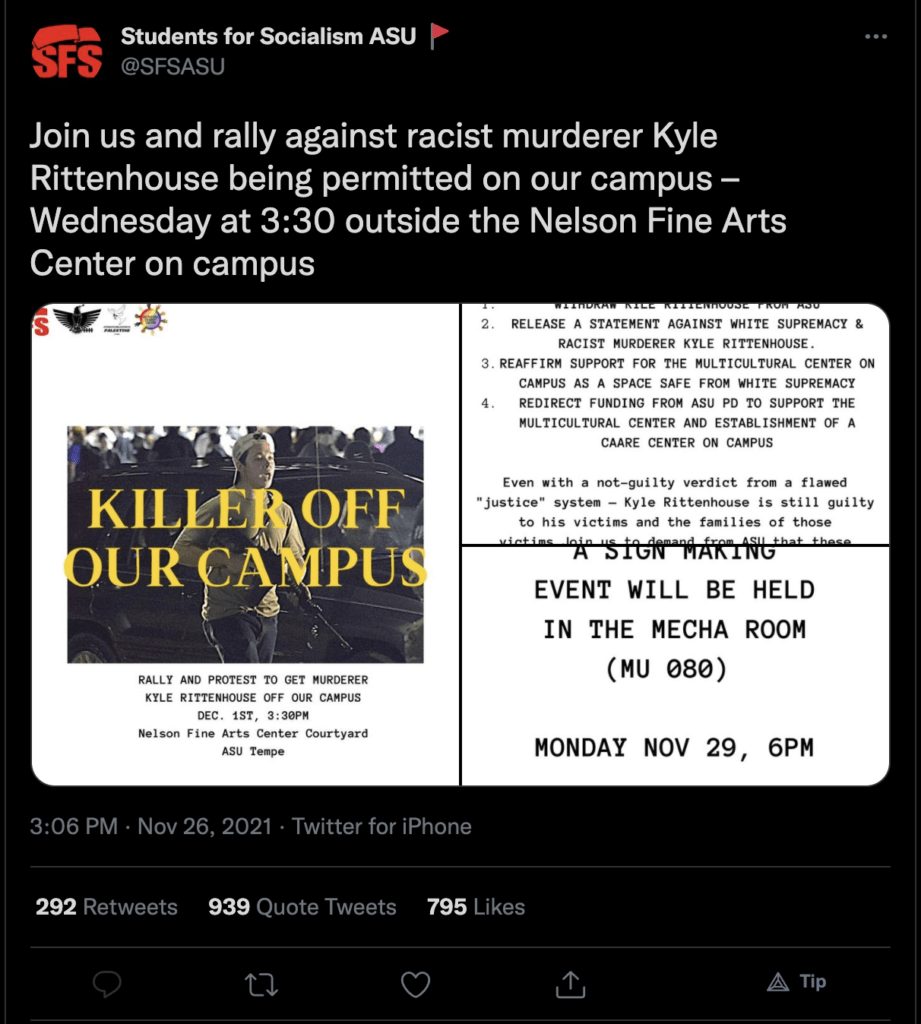 3. About them Vaxx Passports…

This is as good a theory as any and certainly much better than the one we get from officialdom.

4. One Dutch city is apparently playing a Covid warning over PA speakers every 15 minutes

Netherlands ?? Full Blown Covid1984…A PA system Covid Warning played every 15 mins during working hours. This is starting to feel like a jailhouse, no one can deny it?? pic.twitter.com/SRFvdPufjd

Thank you Last Man Standing, M., DMPendragon, ET., BF., Will, Johnny U., EB., Sassy and all who contributed to this site this week in any of a number of ways.