1. Here is a link to the full interview of Belgian doctor, Geert Vanden Bossche, from which we posted a small segment from a Twitter video the other day.
The Twitter video stirred a lot of comments and feelings. This is good. This subject deserves a lot more of a viceral reaction than it’s getting overall. I personally know several doctors who were fired or quit or left medicine altogether because they object to these mRNA/DNA injections and the mandates to take not-safe medications. This deserves more reaction.

2. Just in time to cancel Christmas, a new African variant.

One wonders how many mannequins this variant will put in ICUs across Canada.

France proposes to stop all travel from Southern Africa

All 4 of the people with the new variant were fully ‘vaccinated’. 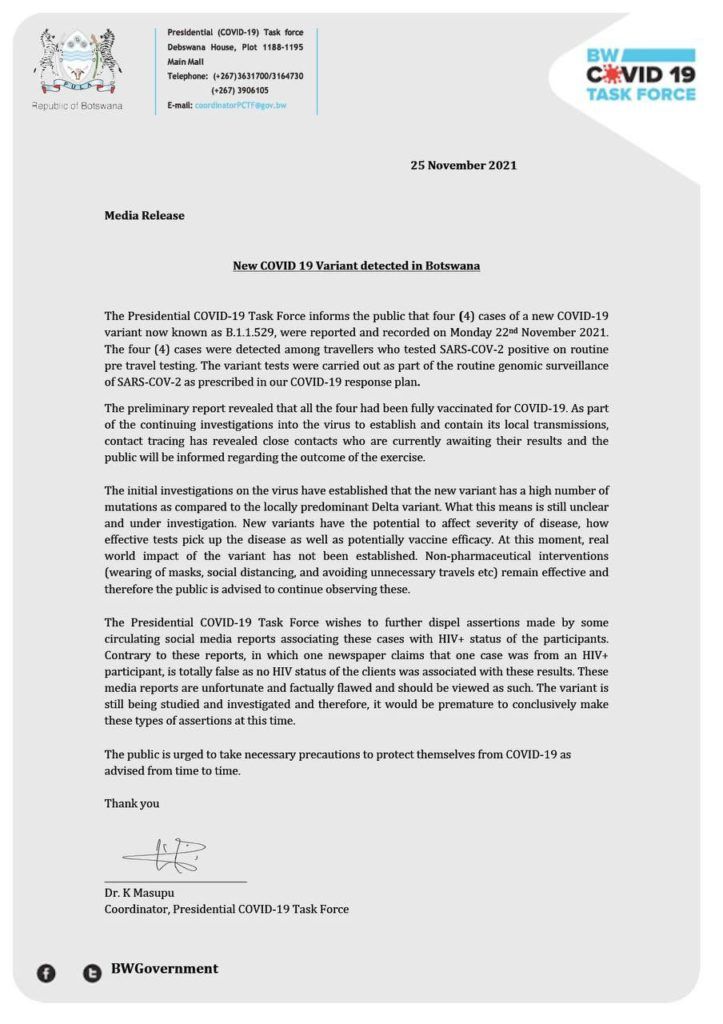 3. A few days ago, we posted a link to the whole interview with Robert F Kennedy Jr. done by Tucker Carlson. Below, a similar one by the Corbett Report. It is also very good.

4. We are witnessing the Chinafication of Europe

Christian Terhes, Member of the European Parliament:
"The EU rules on digital green certificates (vaccination passports) should not be used to discriminate and force anyone to get vaccinated…" pic.twitter.com/TMOBx7BdNc

5. Sucharit Bhakdi references William Tell and the Gessler hat in this appeal to vote for freedom in an upcoming referendum.

Hopefully we find out what the referendum is actually on soon.

Thank you all for your efforts so far this week to make this site a conduit of alternative possibilities to the increasingly authoritarian narrative.