(At least they aren’t sending the bill for the extra dose to the parents. Just the cost of what happens as a result.)

'They aren't going to publish their findings, they are concerned about losing research money'

3. In the true spirit of Nazi Christmas, the famed German Christmas market for vaccinated only. 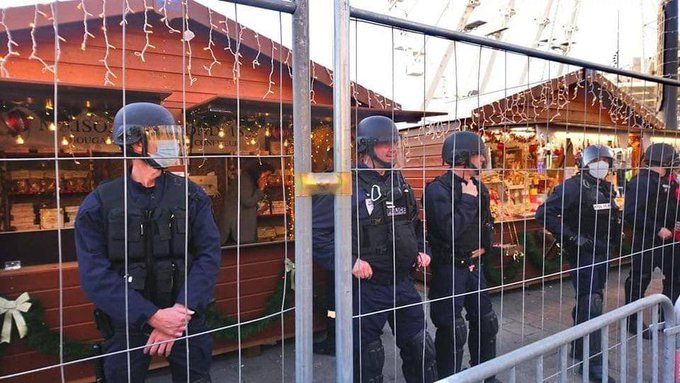 5. UK School Asks Pupils to Wear ‘Yellow Badge’ to Show They Are Mask-Exempt

A parenting campaign group has criticised the “deeply inappropriate” request from a school for pupils to wear a “yellow badge” to show they are exempt from wearing a mask, with many making a comparison to the yellow stars forced upon Jewish people in Nazi-occupied Europe.

Allison Pearson from The Telegraph had circulated last week excerpts of an email from the headmaster of Farringtons School in Chiselhurst, Kent, advising parents that children who are exempt from wearing a mask in school should wear a “yellow badge” to identify themselves. The email prompted the journalist to ask “does the school have teachers who know their history?” as well as dozens of responses to the tweet with members of the public seeing the comparison to the forcing of Jewish people wearing stars in Nazi-occupied Europe so they could be identified and singled out for discrimination.

In a follow-up investigation by the newspaper on Tuesday, the contents of the email from the boarding school — which with fees up to £34,050, one would assume likely employs some of the more capable teachers in the country — confirmed that the school was enforcing a mask policy and that those who are exempt from covering their faces “should wear a yellow badge to indicate this”.

(See the thing is, one can tell who is exempt from wearing a Gessler Hat (mask) because they are walking and sitting around not wearing a mask. So any further identification is clearly punitive and nothing else. Making the unvaxxed wear one of course isn’t necessary because they won’t let the unvaxxed go anywhere. So there’s that.)

Go right to 2:32 on this one. The first two clips are awful examples of how irrational and unscientific politics has divided us against each other. Its truly horrifying. Dystopian. But the 3rd clip at 2:32 is a magical example of just how f***ing stupid this all is.

One Reply to “Divided we fall, and heart attacks in children the new normal: Links 1, November 25, 2021”