Montreal, Toronto and Ottawa have scheduled demonstrations against Covid measures planned for today. Other Canadian cities may as well. Please check the comments for news, videos and more from Canada as people take to the streets to fight for the freedoms that were removed from us in what feels a lot like that old magician’s table cloth trick. 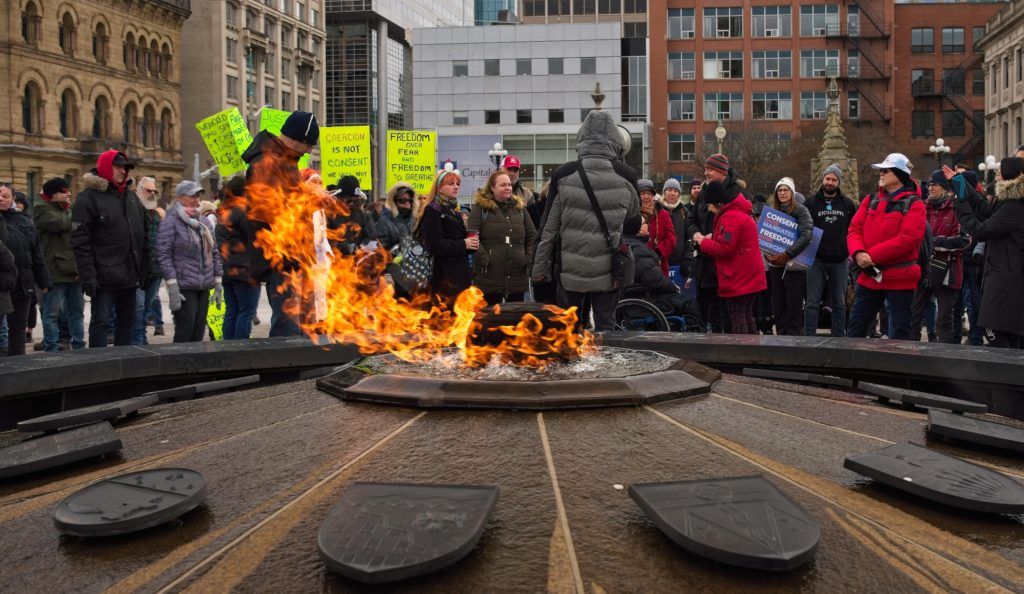 After meeting on the Hill, the crowd walked over to the CBC building on Sparks St. to offer some friendly advice to the enemy propaganda operation against the Canadian people. 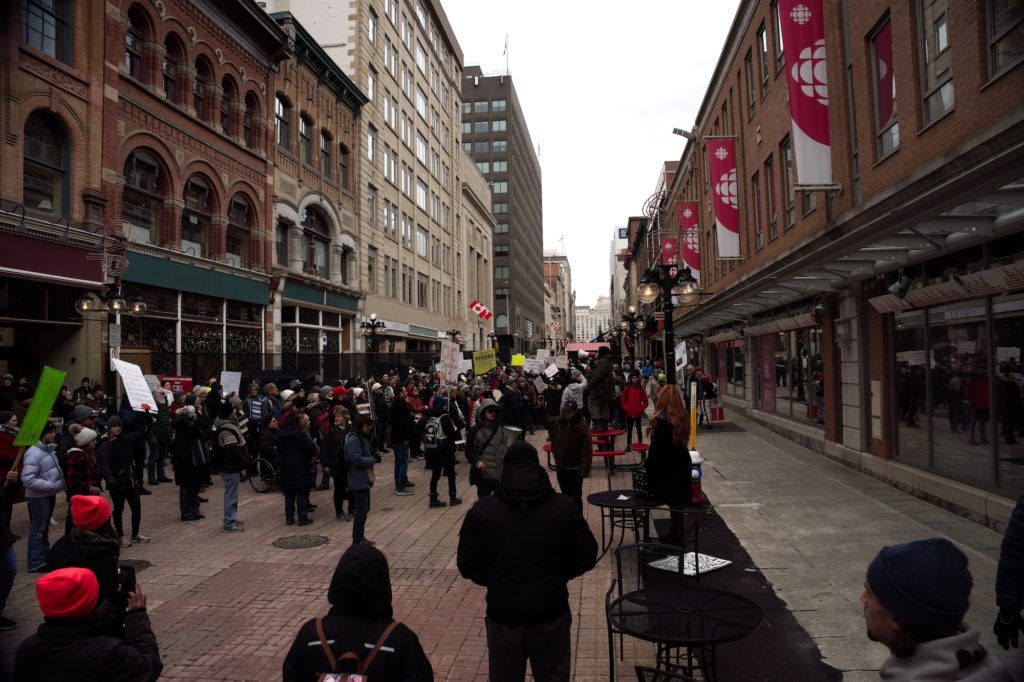 Then the crowd was invited to march South up Bank St. to the fashionable area of The Glebe, and back. During which time, one of the marchers was struck by a car and dragged half a block on the hood. The video below shows the march after it made it to the Glebe and was on the way back northward towards the Hill.

This is a great sticker. There was a man at the protest who had a kind of Scotty vest on and was giving away various White Rose Stickers to anyone who wanted to place them. 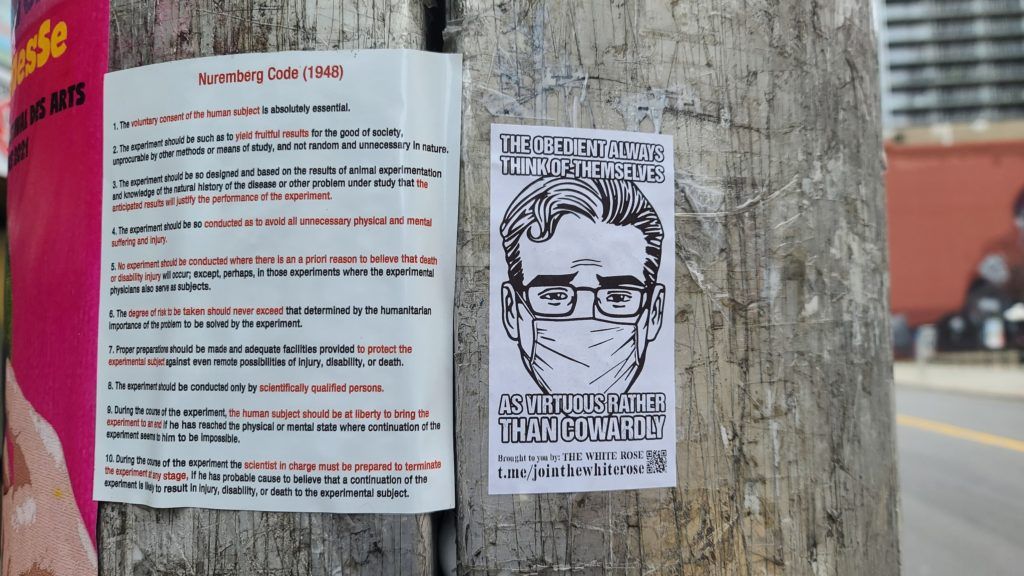